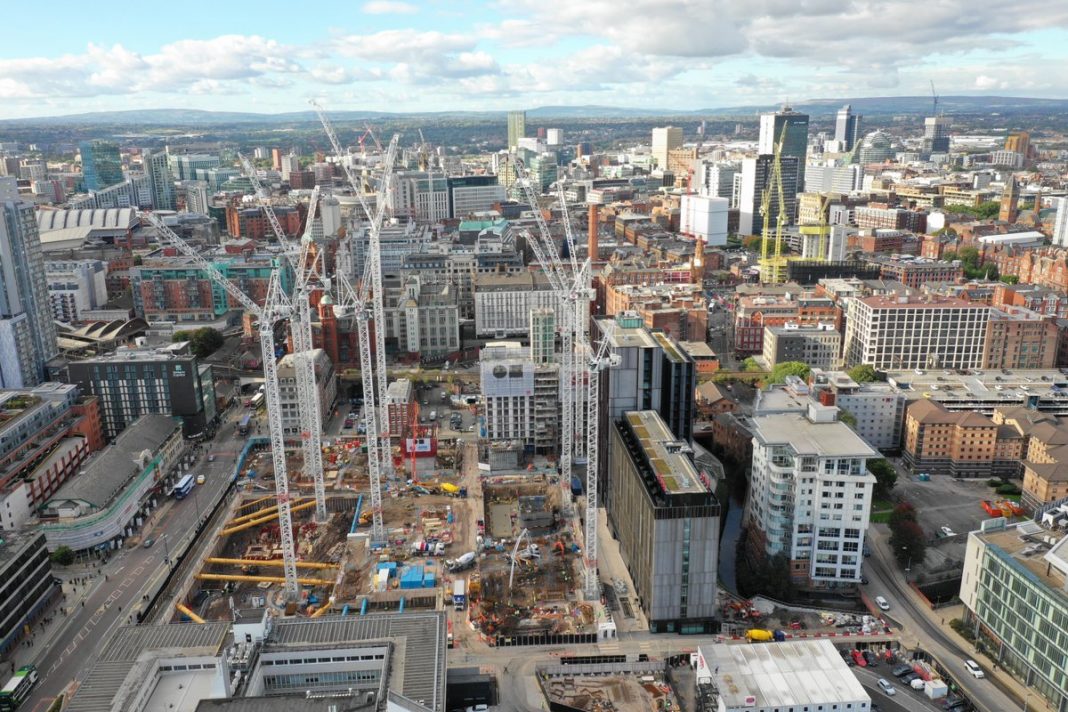 In the Manchester and Salford area there are over 5,500 Build-to-Rent (BTR) apartments currently under construction, that’s according to a report by the British Property Federation and Savills. Travel into Manchester by car or public transport and you see a skyline awash with cranes and high rise blocks under construction, or nearing completion. Where is the demand for all this new accommodation in the city, one might well ask?

Manchester and Salford are providing the UK’s second-biggest commitment to new rentals outside of London, and according to BPF the biggest overall commitment on a per-capita basis. It’s perhaps no surprise given Manchester’s continuing popularity as a centre for growing employment (firms moving in especially in the tech, banking and hospitality sectors) and inner city living, with a growing renting population and still a chronic lack of supply in some parts of the city.

Some in the city are hailing this a revolution in renting and a test-bed for the rent of the country. Some argue that the new supply of rented accommodation will ease housing shortages and provide greater long-term security for those tenants who want extended leases and improved management of their rental properties.

Scott referred to the city developments as “the BTR learning curve” and said that one of the key lessons was that there is much more demand than initially expected.  He gave the example of the new Anaconda Cut development on Greengate where the premium offer rents for a two-bedroom apartment can hit £1,350 per month, and where “about 300 units have been let in six months”.

Scott also said that, contrary to the generally touted maxim that tenants desire long-term security above everything else, the people living in BTR apartments in Manchester were “transient” and wanted an “easy in, easy out” route. He said, “furniture packs and bonds instead of deposits were proving popular.” Andrew Cook of M&G Real Estate, one of the main investor managers in these schemes, said that “although this institutional funder offers tenants three-year leases at its properties, the take-up of longer terms at the outset is still low.”

The developers in these schemes are finding that bin storage needs to be larger than originally thought in the designs, and larger parcel rooms were another consideration said Mr Scott. “We think drones will deliver Amazon parcels to the roofs of build-to-rent buildings and the parcel room will be at the top of the building.”

The owners of these schemes tend to be large companies, so what could this mean for small-scale landlords and tenants in and around Manchester and Salford?

These new units offer premium professionally managed accommodation at premium rents. Not all tenants will be in a position to afford these rents so there’s still a healthy markets for individual lets elsewhere.

“…it’s likely that the housing market will be turned on its head, with many more rental properties becoming available. Given the laws of supply and demand, this should have an impact on property rents: if more properties are available, then rents should stop increasing exponentially like they have in recent years.

“It may all be swings and roundabouts, however, as the scrapping of tenants’ fees… may push up rents, to an extent. But this is all guesswork, of course – the real test will come when this influx of rental property hits the market in the coming years. As agents, it is our duty to watch these developments and react accordingly to ensure that we continue to please our clients.

At the least, “we’ll continue to see very strong competition in the rentals market – the best properties are snapped up in days or even hours, and would-be renters need to be quick off the mark to find the crash pads that they really want.”