Home News Let’s get back to renting properties, agent tells the nation on TV 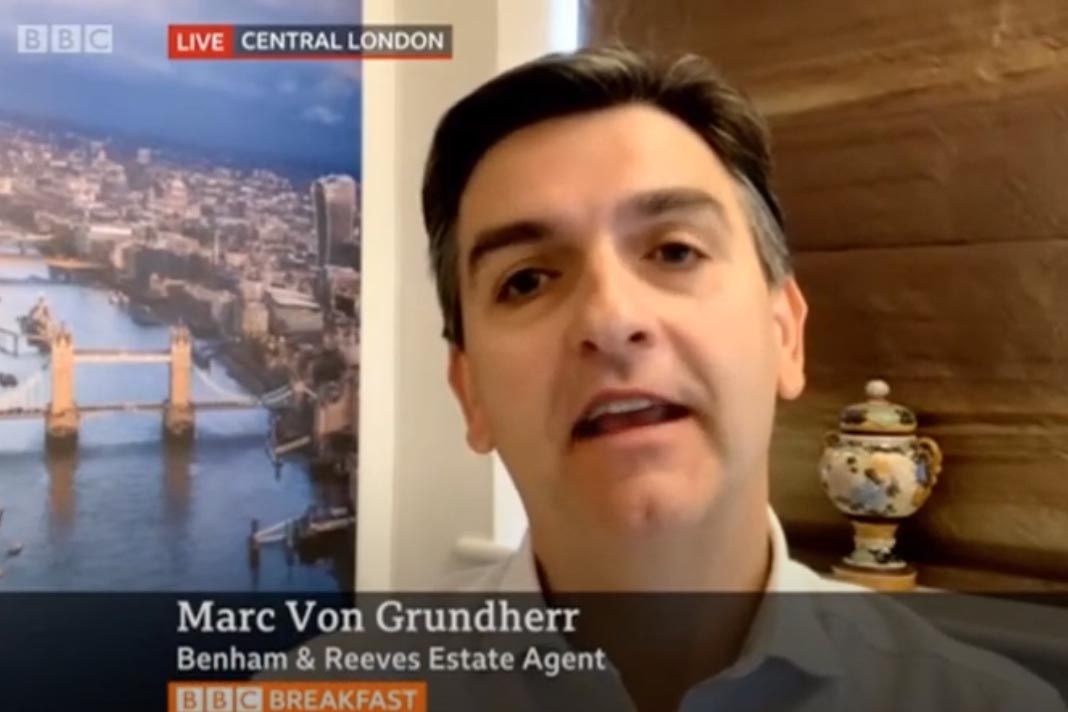 Letting agents and landlords are relieved to see the private rental market begin its path to revival after a seven week hiatus that many feared would drag on into June following last Sunday’s speech by Boris Johnson.

This was the view of a leading letting agent featured on TV this morning, who said he and his sector were poised to help many of the thousands of renters whose plans were held up by the lockdown.

Speaking on BBC Breakfast, Marc von Grundherr, director of Benham and Reeves lettings agency in London, said lifting the ban on property viewings was hugely exciting for the industry. “The property market has been in suspended animation for the last few months – this is great news,” he said.

With 450,000 renters and buyers poised to move home, he said there was a huge amount of pent-up energy.

“This week we’ve had enquiries from people wanting to move…they don’t just want to move, they need to move. We’re hoping to be open in the next day or so and trying to move people into homes.”

However, although his agency has PPE equipment, von Grundherr warned that the industry needed to proceed with caution in order to stick to guidelines on social distancing and questioned whether viewings could still go ahead if tenants were socially isolating.

“It’s easy to do viewings in empty properties and respect social distancing but where people are occupying…there’s still unease, we’re still wary of people living in properties.”

While March – post-Brexit – had been Benham and Reeves’ busiest month on record, with rising rents, searches have still been going on.