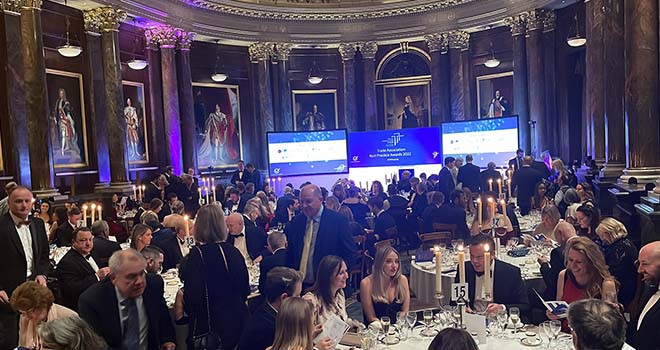 The National Residential Landlord Association has been voted Trade Association of the Year by judges that include several representatives from the department of business.

Representing some 90,000 landlords, the organisation was awarded the gong at the Trade Association Forum Best Practice Awards 2022 last night at Drapers Hall in central London.

Its accolade has been warmly received by leading members of the private renated sector including Paul Shamplina of Landlord Action (pictured), was said: “This is great news – anything that helps raise the profile of landlords on a national stage and the NRLA in particular should be applauded – well done to Ben Beadle and his team”.

The NRLA was up against a short-list that included the Railway Industry Association and The Tile Association.

It also won a second award for ‘Best Publication of the Year’ for a trade association, beating the Scaffolding Association and British Pest Control Association.

The awards’ judging team had several heavy-weight names including two representatives from the Department for Business, Energy and Industry Strategy, political and PR heavyweight Michael Burrell and Henry Aldridge from the CBI.

The NRLA has been undergoing a significant revamp since it re-launched on 2nd April 2020 in the midst of the Covid outbreak following the merger of the RLA and NLA to form a single lobbying organisation for private landers, under the leadership of Ben Beadle, who joined before the merger in November 2019.