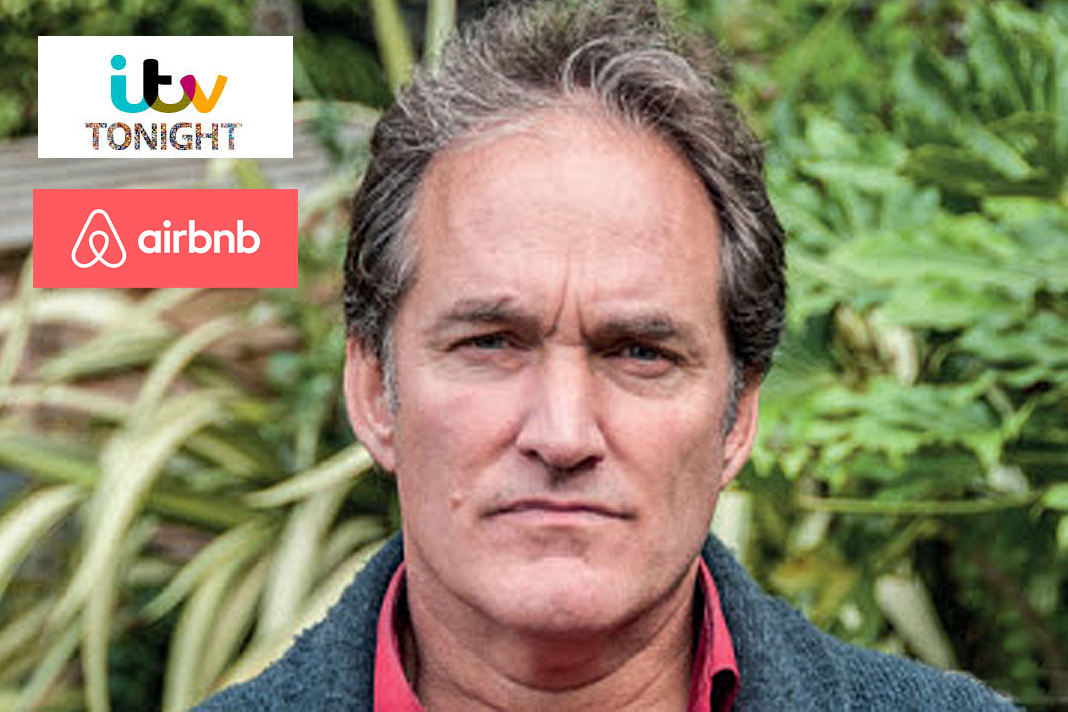 Presenter Jonathan Maitland will look at how the platform has revolutionised travel accommodation, helped landlords increase revenue but also reveal downsides for communities.

ITV’s flagship news programme Tonight is to broadcast an in-depth and critical look at Airbnb five years after it took hold in the UK.

To be aired tomorrow (Thursday 20th February) at 7.30pm and presented by Jonathan Maitland, the programme will look at how Airbnb has grown into a multimillion dollar behemoth revolutionising both the way people book holidays and business accommodation, and how increasing numbers of landlords make money from their properties.

“It’s been reported that 7% of residential landlords have moved their properties to the short-stay market,” says Paul Shamplina of Landlord Action.

The programme will also look at the downsides of Airbnb’s success and examine two neighbourhoods where it’s impacting the traditional housing market negatively.

This includes hollowing out areas as tourist ghettos, driving up rents for longer-term tenants as supply to the traditional market is squeezed, and encouraging the spread of ‘party houses’ used by stag and hen-do organisers as a cheaper alternative to hiring a venue or hotel.

This final problem is one that LandlordZONE has been reporting on for some time including last week when Airbnb told us that it was preparing to take measures to ban these kinds of bookings, which can lead to localised anti-social behaviour.

The Tonight team will also reveal how platforms such as Airbnb, HomeAway and Booking.com are being used by rogue tenants to sub-let properties they have rented via long-term contracts, for a profit. Two weeks ago, industry association ARLA Propertymark published a withering report on Airbnb, which the platform subsequently said featured ‘flawed conclusions’.