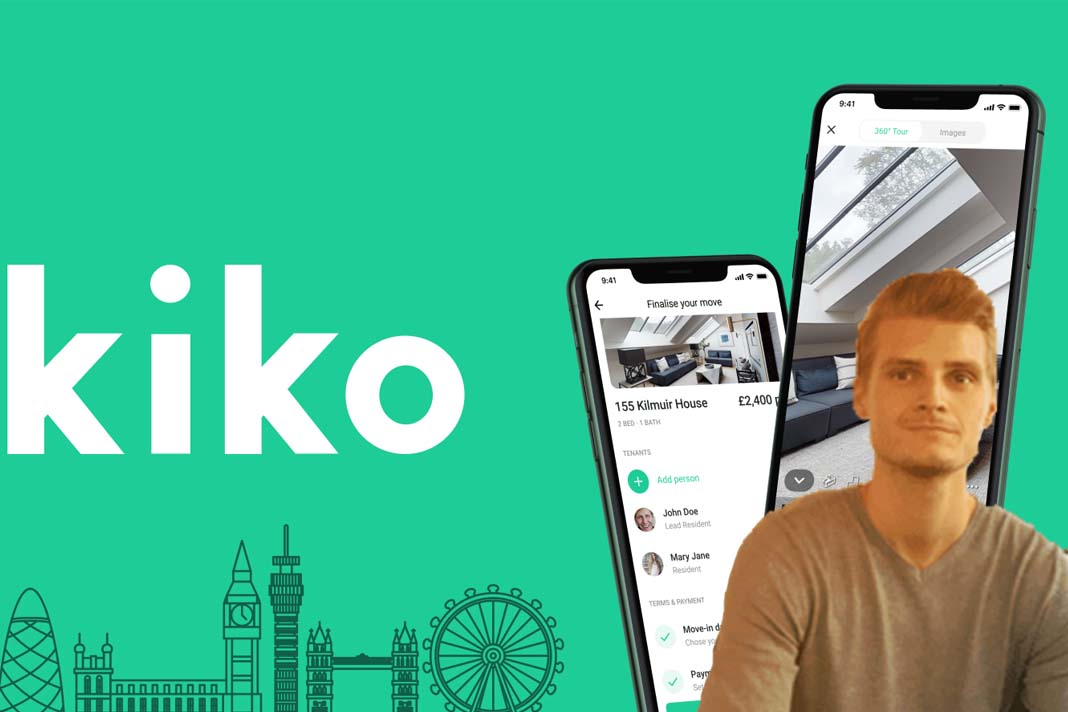 Many have tried and few have succeeded but another set of young entrepreneurs are hoping to replace letting agents with technology.

This morning Kiko, a proptech startup founded by two former Revolut bank employees, has launched backed by seed funding of £540,000 and backed by a former Spotify executive.

As many landlords reading this will be aware, Kiko is not the first tech platform to try and replace the traditional letting agent and claim that the rental experience is ‘broken’.

Previous efforts including Upad, eMoov and HomeRenter have not succeeded in gaining significant traction and traditional letting agents have proved more difficult to dislodge than many tech investors believed.

Kiko has built a smartphone app that is free for landlords and tenants to use. It is being made available to landlords to try now, but its main public launch will be later this summer.

So what makes it different? Landlords will be able to use many of its features for free including advertising their properties on Rightmove and Zoopla, a rent guarantee scheme and ongoing management of their tenancies via the app.

Other free services include professional photographs, videos, floor plans and 360 degree walk-throughs, while landlords will pay for the more physical aspects of tenancy management including viewings, contract preparation and property maintenance all, it claims, for much less than a traditional management fee.

30-year-old CEO Valentin Scholz (pictured, above), who was previously Head of Product Growth at Revolut, says: “The rental experience is completely broken. Last year, UK landlords paid £4.7 billion in agency fees and, on top of that, they are bombarded with 152 regulations and endless paperwork.”

Kiko is launching in London, followed by a gradual roll-out to other cities including Manchester, Birmingham, Glasgow and Edinburgh.

How will EPC legislation impact your lettings business?

‘Landlords have bills to pay too’, leading figure reminds Ministers as evictions loom