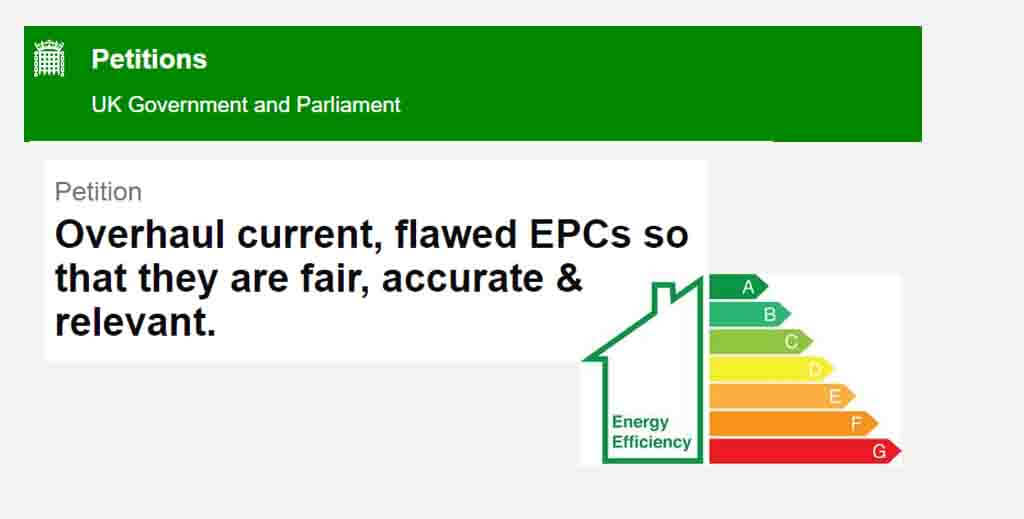 Changes to Energy Performance Certificate (EPC) ratings penalise landlords and are set to decimate the private rented sector says a leading landlord, who’s set up an online petition calling for an overhaul of the system.

Nottingham landlord Tricia Urquhart is so frustrated about unfair government plans to raise the minimum energy efficiency rating from Band E to Band C for new tenancies from 2025 and for all existing tenancies from 2028 that she’s urging other landlords to add their names in protest.

Tricia says under the current rating system it will be difficult to improve a rating from an E to a C in many homes and could result in thousands of inefficient properties being dumped.

She tells LandlordZONE: “I’ve always looked after and invested in my properties, and I understand we need to improve energy efficiency in our homes, but these EPC regulations are flawed.”

Urquhart adds that the problem affects urban as well as rural areas.

“Several of my eight properties in areas without a gas supply had storage heaters so I bought top-of-the range modern radiators, but for an EPC assessment, that’s the same as buying a £25 convection heater that huffs out hot air.”

The assessment also makes assumptions based on the age of a property, explains Tricia.

“My sister had floor insulation fitted in a house she bought years ago, but the assessment would assume it isn’t fitted because of the property’s age – but she won’t be able to prove to an assessor that she’s had this done without destroying the floor in the process.”

Landlords will inevitably put up rents to cover the amount they’ve had to fork out for any improvements – up to £10,000 a house – which will result in a two-tier system where those who can’t afford higher rents end up renting potentially dangerous properties from rogue landlords, predicts Tricia, who adds: “I was thinking of selling up in about 15-20 years but I’ll now do it much sooner.”