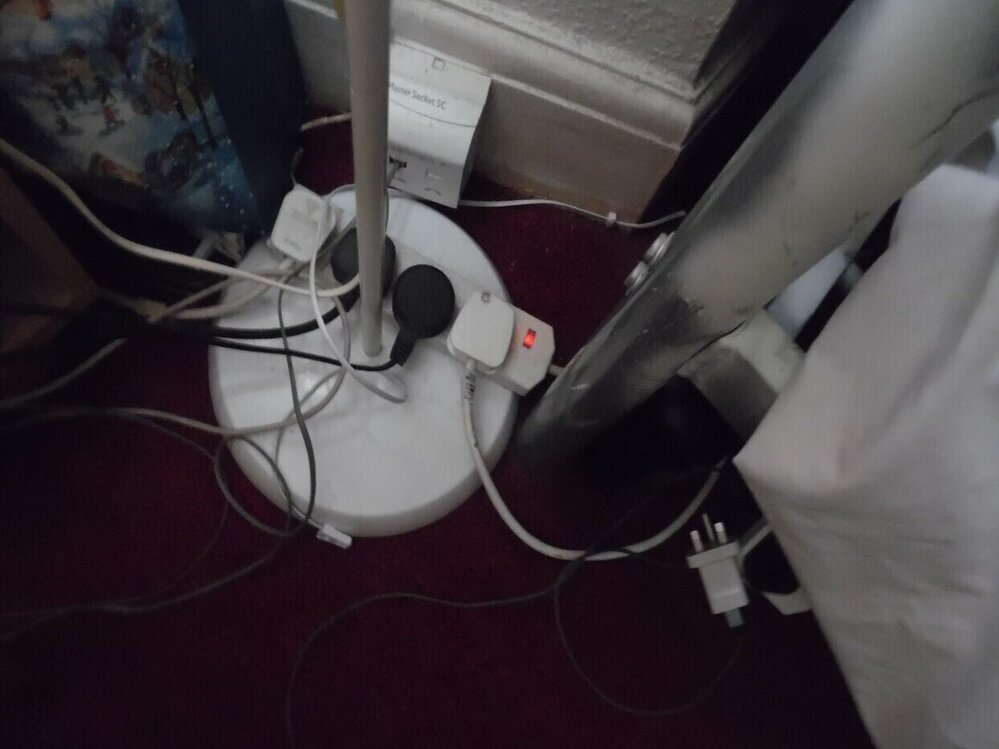 A rogue landlord who rented out a ‘death trap’ HMO has been fined £3,660 after he failed to make vital safety improvements.

Paul Ettienne lived with five tenants in a dangerous two-bedroom property in Headstone Drive, London, which had previously been banned from use by Harrow Council. Inspectors discovered that the HMO was unlicensed, had poor electrics, overloaded extension leads and a large window unit secured with tape.

The disrepair was so bad that one plug in the loft was serving a network of daisy-chained extension leads powering electric fires, TVs, music system, and lamps to the eves in the loft which had been sectioned off as small bedrooms. In order to get to the rooms, tenants would have had to use an illegally installed staircase with no fire protection. The loft itself had had load bearing removed and was not safe for habitation.

A large window unit on the first floor was held with tape and installed the wrong way around with the handle on the outside.

Ettienne had previously been prosecuted in 2019 for breaching an Emergency Prohibition Order and was found to be still flouting the law despite having been handed a large fine. He had made no attempt to comply with the order and pleaded guilty at Willesden Magistrates Court, blaming his inaction on the pandemic and a loss of income.

Councillor Anjana Patel, cabinet member for environment and community safety, says: “Not only did Etienne ignore the conditions of the protection order, but he thought he was above the law and could get away with housing tenants in his death trap property. Thanks to the work of our officers the law caught up with him and he has a price to pay.”