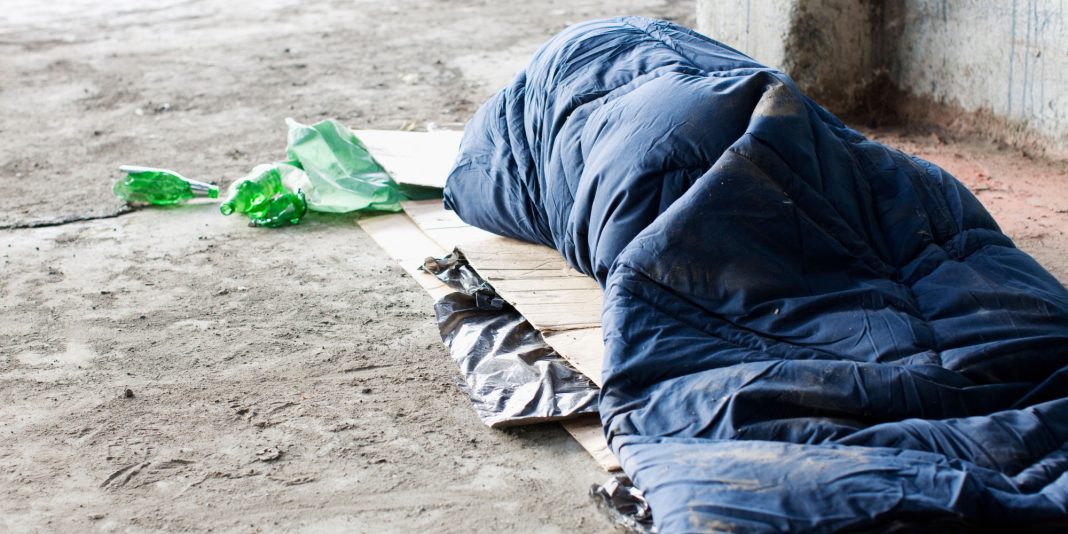 Crisis, the homelessness charity, is calling for the government to restore housing benefit to its former levels to prevent thousands from becoming homeless.

Restoring the levels of housing benefit, otherwise known as Local Housing Allowance (LHA), so they truly cover market rents, says Crisis, “has the potential to prevent more than 6,000 households from being pushed into homelessness and also lift more than 35,000 children out of poverty in the next three years in the UK.”

£2.1 billion net benefits would be delivered over the next three years according to a new report from Crisis

As part of the organisation’s “Cover the Cost” campaign, its new research released today, conducted by Alma Economics, outlines the three-year cost and benefit analysis of a Government investment of £3.3 billion in LHA for immediate net benefits of £2.1 billion (1). More specifically, the charity is calling for £820 million in the next year as part of upcoming spending decisions.

Lifting the benefits freeze and investing in LHA would help thousands currently on the brink of homelessness, argues Crisis, as they could truly cover the cost of the cheapest 30% of market rents.

Restoring levels of LHA would also help those already homeless to afford a rented home and significantly reduce the number of families and individuals turning to their local council for help – reducing the use of homelessness services and extremely expensive temporary accommodation, thinks Crisis.

In addition to these immediate net benefits of £2.1 billion over the three years, “this would also give the Government time to build a sufficient supply of truly affordable housing in the years to come whilst ensuring that homelessness across the country doesn’t continue to rise,” says Crisis.

LHA, which is the housing benefit aspect of Universal Credit, provides support to those on low incomes, those who are unable to meet the cost of market level rents in the PRS. Originally, LHA rates were set a local levels which ensured recipients of housing benefit could afford the cheapest one-third of properties in there are.

However, after a series of cuts to LHA over the years LHA rates have not kept up with the rise in private rents in most parts of the country. Families and individuals therefore have to make up the shortfall, some doing this by accumulating debt. Financial pressure then means some are easily forced out of their home and into homelessness.

Crisis argues that LHA provides an opportunity to prevent more people becoming homeless by providing the right support. “This potential will only be fully reached though if it is sufficiently funded and helps provide the right level of financial security to those in vulnerable circumstances,” it says.

“Everyone in our society should have the means to rent a safe, stable home where they can build their lives. But every day at Crisis, we hear of the agonising stress and anxiety people face, unable to afford their rent and keep the roof over their head. Right now people are losing their homes and being left trapped in homelessness, unable to get back into adequate housing. We have to stop this happening.

“The UK Government has made commitments to end rough sleeping and reduce homelessness, but without addressing the root causes behind homelessness, it will sadly continue to rise. Long-term solutions like building more affordable social homes will take time so in the meantime, investing in LHA, so it covers the true cost of rents, provides the quickest and most effective opportunity to help those already homeless back into housing and for thousands more, prevent it from happening in the first place.

“Over the coming weeks, we urge the Government to prioritise investment in Local Housing Allowance as part of its upcoming spending decisions – this research makes a clear-cut case that doing so will have an immediate financial and human impact. Ending homelessness for good is truly within our capabilities but will only be made possible by taking steps like this.”

“The Chartered Institute of Housing is pleased to join Crisis and so many other organisations in calling on the government to restore local housing allowance to cover the most affordable 30 per cent of rents.

“It is a national shame that thousands of families face being made homeless and councils are spending £1 billion a year on temporary accommodation because LHA is failing to do its job. Addressing this issue will bring the government significant savings in the benefit bill, as well as giving some of our most vulnerable fellow-citizens a more secure environment in which to live.

“A staggering 97 per cent of private rents in England are currently simply unaffordable under benefit rules. This leaves thousands of families having to choose between paying their rent and feeding their children. The social and economic cost of this broken system simply cannot be justified.”

Crisis commissioned Alma Economics to model the total costs and benefits relating to homelessness from 2019/20 to 2024/25 of different scenarios to restore Local Housing Allowance rates. The full report from Alma Economics is also available upon request.

•            the costs and benefits of the scenarios are calculated in comparison to a ‘do nothing’ situation, where the freeze continues

•            the approach is consistent with the HM Treasury Green Book principles, which includes considering who will benefit most from the policy, and whether there are any health and social effects (i.e. ‘welfare gains’).

‘Districts are vital to preventing homelessness and providing resolution when our residents are faced with no alternative. Councils have faced an increasing tide of need where Local Housing Allowance has failed to cover the increasing cost of rents, when resources have continued to be under pressure.

‘We echo the asks of Crisis and jointly call on government to end the freeze on Local Housing Allowance and lift the current rates which are seeing too many people struggling to meet the shortfall at the detriment of their health, wellbeing and independence.

‘We believe this immediate resolution will provide a significant, positive impact but councils must be given the financial freedom to deliver affordable housing, which will enable a more collaborative, long term solution to a continually increasing and devastating problem.’

End to the benefit freeze announced