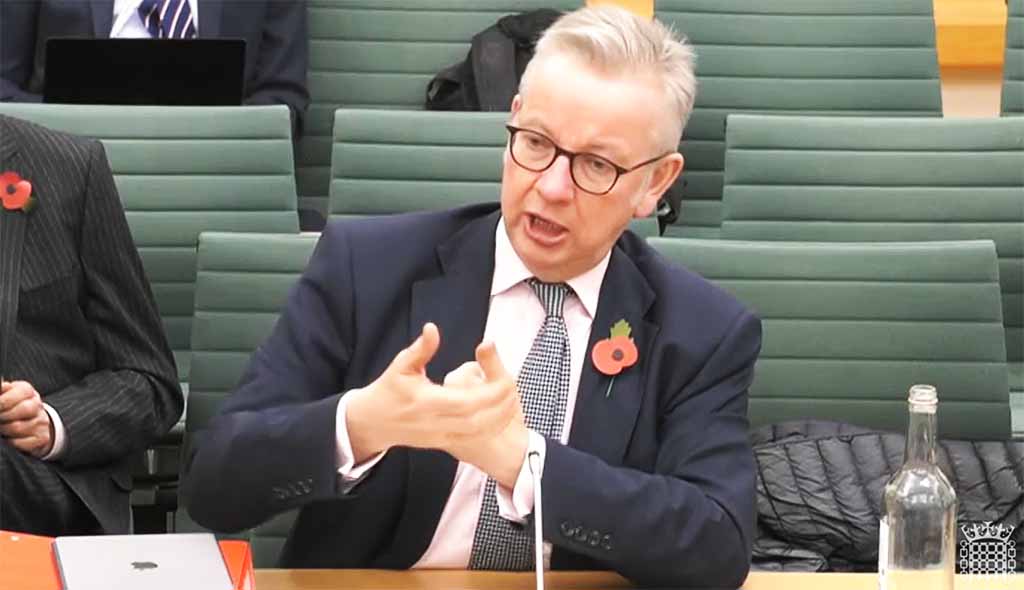 The new housing secretary Michael Gove has promised to revisit the cladding scandal with a ‘fresh pair of eyes’ and see how thousands of leaseholders – including many landlords – can be helped out of the unending nightmare many find themselves in.

Gove (pictured) made the comments during a grilling by parliament’s housing select committee yesterday, in which he responded positively to criticism that his department’s actions to help marooned leaseholders appear to have stalled.

“The government has a responsibility to ensure buildings are safe but we also have a responsibility to relieve some of the obligations that are being faced by leaseholders at the moment, who are innocent parties in this and are being asked to pay disproportionate sums,” he told the select committee’s MPs.

In summary, he promised to:

Gove also said his department has yet to fully bolt down the difference between buildings with cladding that is ‘ultra-risky’ and those where the risk is negligible.

But he also said that suppliers and developers involved who claim they are ‘squeaky clean’ in the matter of building safety are ‘wrong’ and said he now wondered whether some had put cost reduction ahead of safety while others had manipulated cladding tests in order to ‘evade responsibility’.

“It will be welcome news for hundreds of thousands of leaseholders that Michael Gove is showing a willingness to address the cladding scandal that has engulfed the property industry since the Grenfell tragedy,” says Tim Frome (pictured), Director at the Property Redress Scheme.

“The triple whammy of being responsible for the costs of replacing unsafe cladding, increased service charges for 24 hour fire watches and also problems with remortgaging or selling their properties have weighed heavily recently.

“Our members have had the tricky job of having to explain these issues to leaseholders either through their property management work or when leaseholders have looked to sell their properties. We look forward to further policy developments and will assist the government with communicating any changes.”

Read one landlord’s account of being caught up in the cladding crisis.

Gove promised to update the committee on progress. Watch the full session.