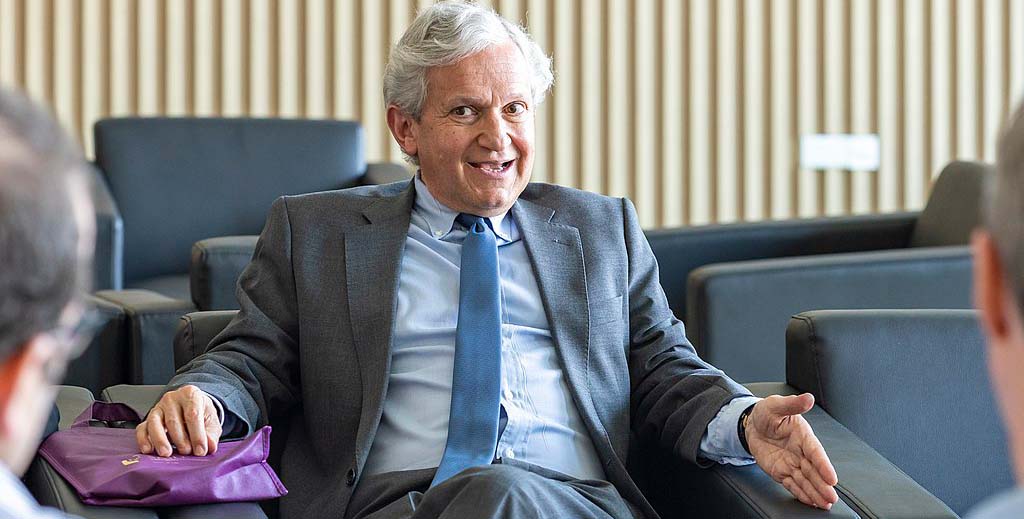 The government’s legal boss Sir Geoffrey Voss wants to expand the role of ‘dispute resolution’ as an alternative to courts in a bid to speed up evictions and other types of civil litigation, he has revealed.

Following new rules ushered in during Covid, Voss has hinted that he wants to go further and require landlords to go through dispute resolution before taking court action, rather than it being ‘recommended’.

“It should be possible, particularly in small claims for the Court to direct a party to attempt to reach a consensual resolution through mediated interventions,” he said during a speech made in Dublin last week.

He also said one idea is to launch a national website or app that would triage people’s civil court disputes be it motoring, small claims or property, for example, and then direct them to the relevant dispute resolution service.

This would triage disputes initially via artificial intelligence but then offer telephone support and later face-to-face resolution, with access to the courts as a ‘last resort’.

Voss also said the dispute resolution platforms already in place for evictions and money orders are just the beginning, and that in all areas he wants to see dispute resolution becoming more ‘cohesive, more streamlined, less costly to the users and that cases are resolved far quicker’.

Mike Morgan (pictured) who heads up the mediation service run by the Property Redress Scheme (PRS), says dispute resolution works best when it is employed early on, ideally at the point of a notice of eviction being served.

“As an independent service, we do not act for one party versus the other, but are here to listen to both sides of the story, “ he says.

“There are no costs for tenants who agree to use the mediation service and the costs for the landlord are far less than the equivalent court charges but also as a proportion of ongoing losses, such the rent arrears can rack up going during the possession process.

“We are able to guide both parties on what might be a reasonable settlement to their dispute but are not here to tell the parties what to do, so both parties feel empowered and any settlement that is reached is one that is consensual as opposed to a mandatory or imposed decision.”

In its submission to the ongoing MoJ consultation on dispute resolution, estate agency trade group Propertymark backs the Master of the Rolls’ comments: “Compelling a prospective complainant to demonstrate, where it is appropriate and possible, that all reasonable efforts have been made to resolve the dispute via alternative means before the court process can be utilised would potentially lead to a positive culture shift where dispute prevention interventions are employed as common practise wherever possible.”