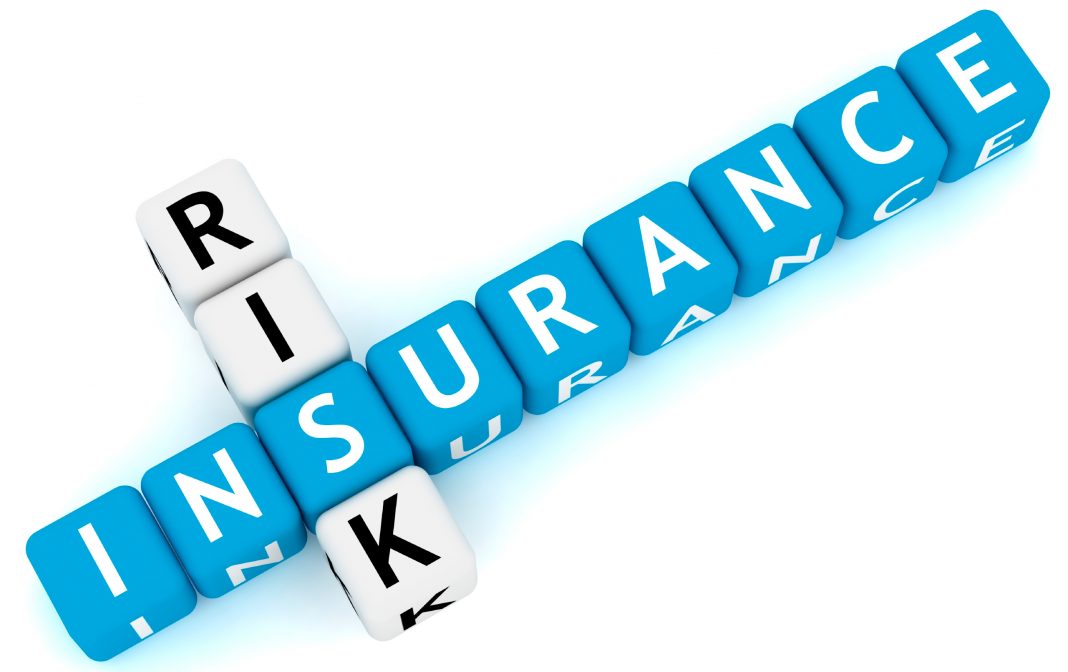 When rent and service changes are not being paid, and when shops have ceased trading or when they become vacant, potentially doubling the insurance premium, landlords need to pay attention to their insurance policies.

Service changes are often a thorny issue in the relationship between landlord and tenant and the building insurance premium is a major element of this.

Commercial property insurance is almost always arranged and paid for by the landlord, recovering the cost from the tenant in the annual service changes bill. Tackling the problem the other way around by having the tenant arrange the insurance has the obvious dangers of the tenant either under-insuring or not insuring at all – a risk most commercial landlords would not be willing to take.

It is of course possible to including an obligation in the lease for the tenant to produce evidence of cover at least once a year and to update the cover to the landlord’s requirements which is sometimes used, but this is open to abuse as the tenant could cancel or fail to pay the premium when due, and it’s all a lot of hassle, even though it would be more transparent for the tenant and may simplify claims.

When a new lease is granted landlords and tenants can include whatever clauses and obligations they please so long as it meets both parties’ approval. However, when tenants take over an existing lease via assignment, or landlords buy properties with existing leases and tenant in situ, the parties are bound by whatever the parties agreed in the first place, unless a complicated process of variation is entered into.

Generally, the list of insured risks is not contentious. For example, the risks of loss or damage by fire, storm, tempest, earthquake, lightning, explosion, riot, civil commotion, malicious damage, impact by vehicles and by aircraft and articles dropped from aircraft (other than war risks), flood damage, bursting and overflowing of water pipes and tanks and such other risks as the Landlord from time to time shall decide to insure against. What a landlord cannot do, unless expressly allowed in the lease, is to insure for anything that is not mentioned in the lease; hence the “such other risks” etc.

Insured risks will also usually include cover for loss of rent. In older leases, the period of cover might be one or two years, but more recent practice is three years, or for more flexibility however long the landlords decides: three years is generally considered ample.

Where part or the whole of property is damaged or destroyed by an insured risk rendering the premises unusable by the tenant for the duration of the works of repair, etc, the loss of rent cover entitles the landlord to claim from the insurance company, not the tenant, the amount of rent for the duration up to the maximum period of cover.

It is essential, therefore, that whenever rent is changed, the amount for loss of rent is also adjusted. Even if the cost/time of informing the insurer or broker seems disproportionate, it is important to ensure the loss of rent cover is correct: it is not advisable to leave notifying the insurer until the next renewal date.

Where a rent review date falls within the policy renewal year, some leases entitle the landlord to increase the loss of rent cover to the estimated rent for the review even before the review rent is agreed or ascertained. Some landlords make the adjustment as a matter of course, regardless of what the lease says; and may not even bother to reduce the cover should the actual rent agreed or ascertained be less than their estimate. Whether their tenants are any the wiser would depend on the tenant and its advisers.

Valuation for building insurance differs from other types of property valuation. An insurance valuation is not a valuation of what the property might sell for, the market value, but how much it would cost to rebuild/restore in the event of total destruction. Restoration, as distinct from rebuilding, might be a requirement of the planning authorities, particularly if the property were in a Conservation area or is a Listed building.

The whole of the built structure is valued by reference to building costs for the type of property. Generally, the on-line free calculators for building costs tend to be residential-property oriented, which is inappropriate for commercial property.

A good building surveyor will inspect and measure the property, including any outbuildings, and calculate the gross external area using industry sources to estimate an accurate rebuilding cost, including site clearance, all professional fees and VAT. Whether to include VAT in the calculation can be tricky because it depends upon whether VAT would be recoverable and by whom and as will all these technical matters, professional advice should be sought.

Estimating building costs is often more of an educated guess because of extraneous factors: generally it is prudent to be over-insured than under-insured. With buildings in Conservation Areas and Listed buildings, frankly it is anyone’s guess just how draconian the restoration policies of the planners and heritage organisations might be.

In a well-drafted lease, the insurance premium falls within the meaning of “rent” as defined by the lease.  By that it does not mean that the premium would automatically mean rent regardless. If it’s not expressly included in the definition of rent then it would be a debt, in which case the procedure for recovery in the event of non-payment would be more difficult and expensive.

Within the context of the tenancy (lease), the relationship between landlord and the tenant is contractual, subject to any overriding legislation. Where the tenant covenants to pay the insurance premium (assuming the lease does not entitle the tenant to insure), it is usual for the landlord to insure and then recover the premium from the tenant.

The renewal date for the insurance policy will often differ from any other rent payment dates, so it will be necessary for the landlord to renew the policy before the tenant has to reimburse. When the tenant has to reimburse depends on the wording in the lease. There are leases requiring the insurance premium to be paid on the next payment date (as defined in the lease) following the renewal date.

When, as is common, the payment date is a quarter day, the tenant is not obliged to reimburse the premium beforehand, in which case depending upon the insurance policy renewal date the landlord would be out of pocket during the intervening period. A landlord who threatens legal action in the event of non-payment before the tenant’s contractual payment date due would have no grounds to recover.

Where the premium is payable by the tenant for example on demand or within 14 days of the policy renewal date, in an ideal world tenants would honour the covenant. Often that is not the case. Unless the lease so provides, a tenant is not entitled to see the receipt for payment by the insured before reimbursing, but will nevertheless request proof.

Beast practice is to provide the tenant with full details: for example copy policy schedule, confirmation of renewal, and how the premium has been calculated where apportioned. This will give the least cause for complaint and delay. The fact that the payment is for example due on demand is unlikely to cut any ice with tenants whose accounts departments only pay monthly and the landlord’s demand arrives too late for the current month, so will be paid the next month, or maybe the following month if the person that authorises payment is next available! This is in normal times, June 2020 is not normal times!

Generally, tenants fall into two types for insurance premium payments. The first understands that, per business tenancy law, it is not necessary for a landlord to shop around for the most competitive premium provided cover is with a reputable insurer.

The second is convinced they can get the premium much cheaper and has shopped around to prove it.  The first type is, of course, easier to deal with: it’s simply a matter of claiming the correct amount for payment to then be authorised. This second type needs to be educated, not only in the difference between the value of the property for insurance and the value for sale, not to mention the difference between commercial property and residential, but also in commercial reality. This is a task that can be made all the more difficult for landlords by the insurance companies themselves offering special deals to new customers, into which category the tenant would fall when the tenant is making enquiries.

A premium is the amount of money that the insurer charges for carrying the risk. A premium will vary with the type of property, its location, and so on; also the nature of the tenant’s use of the property, and the landlord’s and tenant’s respective reputations. Insurance companies are in the business of making a profit out of risky situations.

Where the proposal would be considered a low risk, based on the information on the application form, and the insurer’s experience, the premium would be commensurate. As businesses, insurance companies have to be competitive which, to them (insurance companies) means either offering special deals to new customers, or if there is not enough profit to be had, then withdrawing from the particular sector of the market. Anyone who has tried to get insurance on empty property will know how few insurers are interested and how much higher the premium is than if the property were occupied.

There is also a difference existing between the landlord and tenant relationship regarding a property that is let but unoccupied (not trading) and the insurer and policyholder relationship in the same situation. This is an important point during a Coronavirus pandemic, as landlords and tenants should be informing their insurers if the business is temporarily not trading – it would invalidate the cover if the insurer is not informed.

Strictly speaking, the tenant should carry out works at its own expense then recover the cost from the landlord who, as the policyholder, recovers the cost from the insurer per the claim. Whether the landlord has to pass on the whole of the cost, or indeed whether the works have to be done at all depends on another standard condition in leases, namely that in the event of damage or destruction not being remedied within a specified period of time the tenant would be able to terminate the lease. The insurance monies are nowadays kept by the landlord.

A minority of tenants have a habit of claiming for damage caused by the tenant’s failure to repair, rather than an insured risk. Generally, the insurers will process such claims by inspection and are generally quick to reject them. Spurious claims made by tenants however can potentially damage the landlord’s reputation with the insurer.