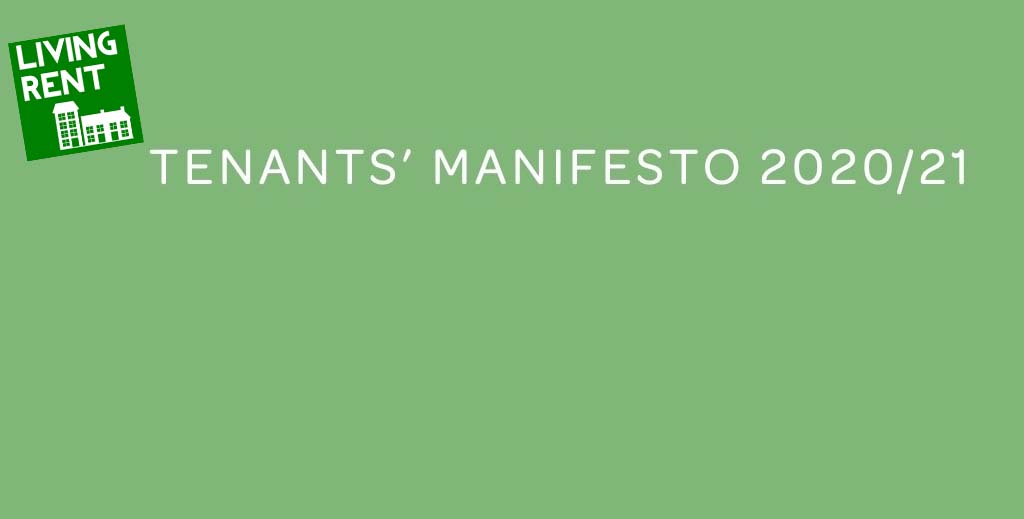 Scotland’s tenants’ union is calling for widespread rent controls to level the housing playing field ahead of the country’s May general election.

Living Rent says it’s is a vital opportunity to rebuild a fair, just, affordable housing system for tenants in the wake of the pandemic which has exposed pre-existing fractures.

The group’s new manifesto suggests a points-based system of rent controls linked to the quality and amenities of a property, rather than just market rates.

Its manifesto advocates that rent controls should be tied to the property, rather than the lease, adding: “This would stop landlords being able to hike rents between tenancies and continue to push up market rates.”

Living Rent believes this would incentivise housing providers to maintain and improve their property, while keeping an overall cap on rents.

An independent Scottish Living Rent Commission could then act as mediator while a new Scottish Rent Affordability Index could peg maximum rents at affordable levels for tenants to ensure affordable rents for all.

It says the current measures in place to limit rent increases have failed.

“Stipulations in the legislation mean that three years since rent pressure zones were introduced, no council has been able to implement them,” it adds.

“Even if they were to be introduced, there is no evidence they would be sufficient in tackling the hardship faced by tenants.”

Other suggestions in the manifesto include giving local registered social landlords first refusal on making an offer to buy properties that were privately acquired under right to buy legislation.

Visit Living Rent.
Read more about the existing proposals for rent caps in Scotland currently being scrutinised by its MSPs.