The property in Sparkhill originally had a HMO licence but it expired in May 2014 and was not renewed, despite several reminder letters.  In September 2015, West Midlands Fire Service referred the case to Birmingham City Council because they were concerned about the living conditions at the property.

On inspection, housing officers found that the fire alarm system was not working, and Mr Mohamed was storing a step ladder, wood and rubbish on the escape route of the property. In addition, low windows weren’t fitted with safety glass, lights weren’t working, a handrail was hanging off the wall and the bathroom and shower rooms were mouldy and dirty. The self-closers on the fire doors weren’t working, the front door lock was faulty, and the rear yard was overgrown and full of rubbish. 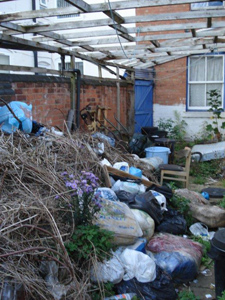 “HMO licensing exists because tenants living in this type of accommodation are almost 17 times more likely to be killed in a fire than an adult living in a similar single-occupancy house.  West Midlands Fire Service raised concerns about this property and our officers found a shocking list of breaches.

“Mr Mohamed left the country for a period of time but whilst he ensured that a friend continued to collect the rent on his behalf, he failed to keep his tenants safe, leaving them to live in appalling conditions and at considerable risk.  I welcome the fine imposed by Birmingham Magistrates Court.

“The council has over 1,800 licensed properties.  Most landlords are responsible and law abiding, but the council’s HMO Licensing Team will continue to pursue and prosecute those that aren’t.  We are investing in our work on Rogue Landlords and will pursue all those who fail to operate within the law.”

Birmingham Landlords who are unsure of the licensing requirement should telephone 0121 303 4009 or visit http://www.birmingham.gov.uk/hmo