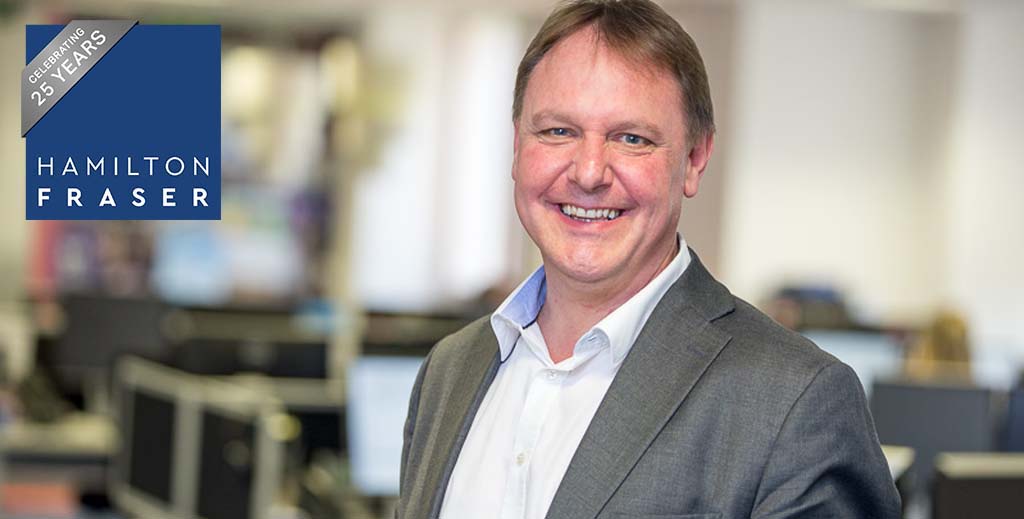 The private rented sector looked very different back then, but change was afoot. The 1988 and 1996 Housing Acts catalysed the transformation of the sector, which has grown from 2.1 million households in 1996 to a projected 5.8 million by the end of this year.

As we emerge from the pandemic and look to what we all hope is a brighter future, it’s a timely moment to reflect on a sector which has evolved beyond recognition over the past quarter of a century.

And we also have a birthday to celebrate. Hamilton Fraser, parent company to LandlordZONE and our insurance partner, Hamilton Fraser Total Landlord Insurance, celebrates its 25th birthday later this year.

With the five year-year survival rate for businesses standing at around 40 per cent, it is no mean feat that Hamilton Fraser is not only surviving, but thriving, 25 years on from its inception in October 1996.

To mark 25 years in the private rented sector, the company has launched its birthday celebrations by sharing its story of success in The journey – a 25 year history of renting in the UK.

This potted history charts the evolution of the rental sector from its beginnings in the 13th century, focusing on the 20th and 21st centuries and the part that Hamilton Fraser and its partners have played in shaping the private rented sector.

From the launch of its first landlord insurance product in 1996, to being at the forefront of tenancy deposit protection in 2007 and the recent launch of a deposit replacement product, over the years the company has been instrumental in some of the biggest changes involving regulation, reform and redress within the sector.

Eddie Hooker, CEO at Hamilton Fraser, comments, “We could never have predicted the pace of change we have witnessed over the last 25 years. However, the biggest privilege is to have been a significant part of that evolution.

“We are committed to continued investment in raising industry standards and advocating for support and transparency in our markets. Thank you to everyone who has made Hamilton Fraser the success it is, and for joining us on our 25 year journey.”

Read ‘The journey – a 25 year history of renting in the UK’ here.