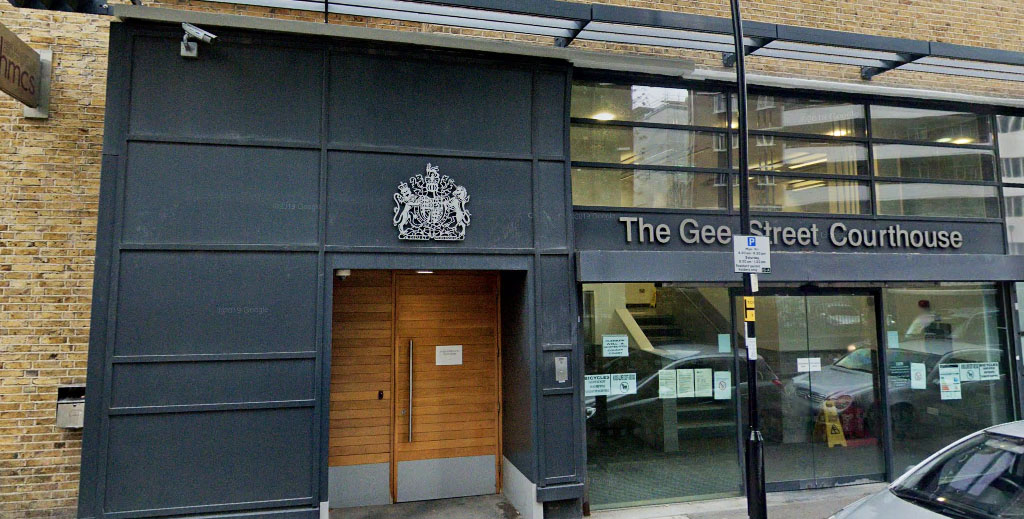 Bankrupt property guru Glenn Armstrong faces having his home repossessed after racking up rent arrears of more than £209,000 while he promoted his training courses.

A possession order was granted against his wife Charlotte Geneva after Clerkenwell County Court (pictured) heard the lease on the property in Blackfriars Road, London, was taken out on 18th July 2019 but that no rent was paid from October 2019. The couple will have to leave by 24th August or face eviction.

Journalist Chris Mitchell reports that Geneva shouted at him in court and had to be asked to leave. Last month, Mitchell was exonerated of harassment and malicious communications allegations against the couple.

He says: “She called the police…who refused to take any action and sat in court to ensure she did not flare up again.

“The judge refused an application by her solicitor to have the hearing in private, as the police had advised the judge that previous false claims had been made against the journalist which had all been ‘no further action’ and that the stalking civil complaint was also dropped by the police when investigations were completed.”

Armstrong was declared bankrupt in February, owing £4.9 million to dozens of creditors.

Armstrong (pictured), who has appeared on Channel 4’s How the Other Half Live and The Secret Millionaire, has spent years selling courses and home study programmes for people wanting to make cash out of property.