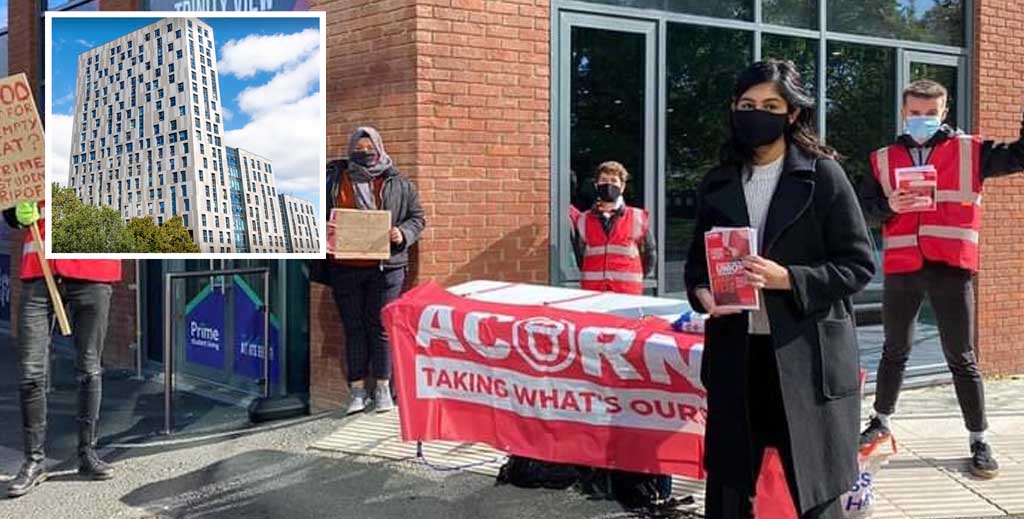 One of the UK’s leading student landlords has rebuffed campaigners seeking compensation for a student who was told to go home by her university but persuaded to pay the rent for her accommodation.

University student Rebecca Wallace quit her room at Trinity View in late March, returned the keys in June but was chased for the outstanding rent for April to the end of August, when her contract was due to expire.

The company said she owed £2,141 and told her the money owed had been passed to a debt collection agency. Wallace then paid the outstanding balance after borrowing money off her parents in Northern Ireland.

A statement from Prime Student Living says: “We appreciate that COVID-19 is causing concerns and difficulties across the United Kingdom student population.

“But the overwhelming majority of Prime Student Living tenants in Coventry have accepted the circumstances, paid for and taken up their tenancies, and have been continuing their university studies through online distance learning from their rooms at Trinity View.

“Speaking in general terms, if a Prime Student Living contract is agreed and signed by a tenant, and the accommodation is available, then the tenant is contractually bound to pay fees regardless of whether or not the tenant occupies the property.

“The tenancy agreement, as agreed and signed, does not contain any clauses allowing premature termination of a contract.

“The form of contract in question is no different from hundreds of thousands of standard student accommodation contracts currently operating across the country, whether with Prime Student Living or other providers.”

Rent guarantor firm Housing Hand agrees: “Student tenancies are further complicated by the migratory nature of those who hold them, along with the potential for further lockdowns and remote education.

“The combination of these factors has led many students to favour a “no stay, no pay” mentality. However, that ignores the fact that student renters are still legally obliged to pay their landlords under the legally binding commitments made in their Assured Shorthold Tenancy agreements.”

Help for struggling tenants, Minister? Over to you, landlords!

Has Covid spelled the beginning of the end for purpose-built student accommodation?