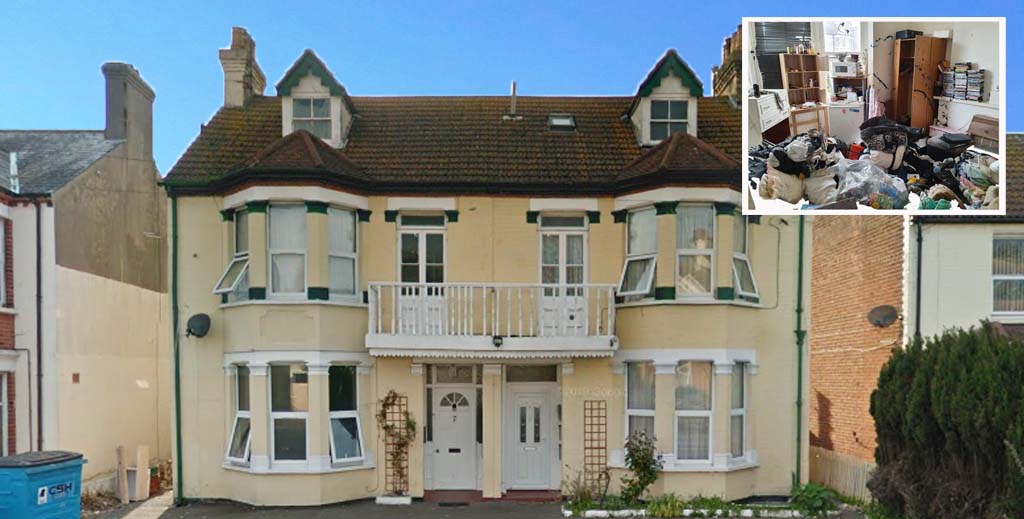 A rogue landlord who failed to repair her two run-down HMOs which had to be shut down, has been handed a £70,500 fine.

Lystra Dorval, of Oaks Lane, Ilford, was given ten penalty notices for poor management of the properties in Hayes Road, Clacton, where tenants endured a catalogue of faults, including blocked fire escapes, broken staircases and toilets, and dangerous electrics.

They reported being threatened with eviction for pointing out the problems, while neighbours also complained about anti-social behaviour and the properties’ poor condition.

Tendring Council in Essex gave Dorval a list of works to complete and a few months later told her to immediately repair the fire alarm.

Housing officers shut down the bedsits using an Emergency Prohibition Order and rehomed her tenants two days later when the work hadn’t been done.

The next day a gas leak and flooding were found after pipework was stolen, and during clear-up work further damage was revealed including floors at risk of collapse, drains blocked with rubble, and rotting waste.

Following “slow and unsatisfactory” progress on repairs to the building, enforcement notices were issued, and Dorval had her licences removed as the council said she was no longer a fit and proper person to run the HMOs.

She appealed, but a First Tier Housing Tribunal has now reached a similar decision, although it did reduce her original fine from £90,000 set by the council.

He adds: “We work closely with landlords as the vast majority want the same thing – a decent property which is good for the tenant and provides them with rental income. Sadly, this was not the case here.”

The property had been operated as a care home by Dorval for nearly three decades until 2014/15 before being investigated by the Care Home Commission and eventually shut down. It was then converted into two HMOs.