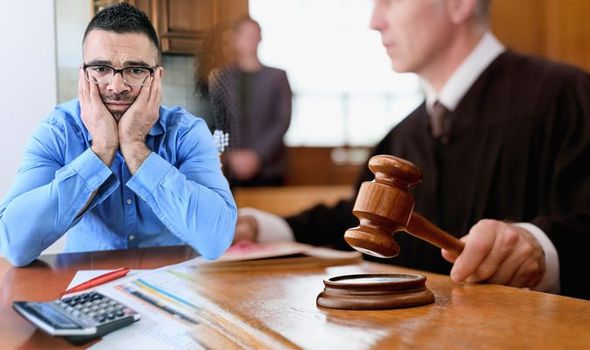 After nearly 30 years of landlords’ protection under the assured shorthold tenancy (AST), landlords’ assurance – that a property can be easily repossessed if things go wrong – is to be lost.

The Queen’s Speech yesterday, at the state opening of Parliament, set out Boris Johnson’s government’s plans under a “Renters’ Reform Bill” that is now slated to abolish the ‘no fault’ Section 21 evictions process so favoured by residential landlords. Details of the proposals are contained in a 151-page government briefing document and referred to as a Renters’ Reform Bill:

“Abolishing the use of ‘no fault’ evictions by removing section 21 of the Housing Act 1988 and reforming the grounds for possession…[and]…Giving landlords more rights to gain possession of their property through the courts where there is a legitimate need for them to do so by reforming current legislation. In addition to this we will also work to improve the court process for landlords to make it quicker and easier for them to get their property back sooner.”

“If you ban Section 21, you’ll need more investment in the court system, more judges, more bailiffs and more resource online for Landlords and Tenants with Admin support. Employing judges at present is very difficult. There will be double the amount of hearings, Landlords need confidence they can get their property back without court delays.  We see court delays all the time at Landlord Action.  You must have market confidence as we don’t want lots of landlords exiting the PRS. Landlords will look at referencing more methodically too. We have got to get this right”

The National Landlords Association has described Johnson’s plans as “ruinous” and likely to lead to an exodus of responsible landlords from the private rented sector.

The NLA thinks the plans will “dramatically increase the risk faced by private landlords and lead to the loss of thousands of homes in the private rented sector.”

The NLA, which represents 42,000 members, is urging the Government to re-think its strategy on residential evictions to “avoid creating an unnecessary crisis in the private rented sector by ensuring that reform of the court process is implemented alongside any change to tenancy legislation.”

The NLA cites research by Capital Economics, an independent consultancy, showing that if Section 21 is abolished without any accompanying reform of the law courts, the supply of private rented houses in England could fall by 20 percent (960,000 dwellings) when landlord decide to sell-up.

The research also argues there would be a 59 percent reduction in the number of private rented dwellings available to households in receipt of local housing allowance or universal credit (770,000 fewer dwellings) when landlords become more choosy about who they rent to.

“Landlords need certainty of their ability to end failing tenancies. If this cannot be provided by Section 21 then the Government must reform the courts. Strengthening landlords’ rights will make no difference if the court process is seen as simply delaying or obstructing possession.

“The NLA is deeply concerned that the Government will precipitate a housing emergency, deepening the crisis of supply and affordability faced by many households. Landlords will stop letting to tenants who are perceived as higher risk and ultimately sell properties which would otherwise provide much needed homes for those who cannot afford to buy.

“If ministers do not address the problems of capacity within the Courts Service before removing landlords’ ability to use the no-fault procedure, the dramatic increase in cases that will be brought before it will bring the system to its knees.”

The Residential Landlords’ Association (RLA) warns that any change needs to have the support of landlords who provide the much needed and necessary housing, otherwise there could be a mass sell-off of properties.

The association is advising the government that given that demand for rental housing is currently outstripping supply, any re-possession process that removes Section 21 needs to be replaced with “a system that ensures landlords have the confidence that they can swiftly and effectively re-possess properties in legitimate circumstances.” Without such reassurance, the supply crisis in the market will only get worse says the RLA.

David Smith, Policy Director for the RLA, has said:

“We accept the need to protect tenants from abuse but it is crucial that plans to reform the way re-possessions can take place are got right if the Government is to avoid a rental housing crisis. Unless the new system is fair to good landlords as well as tenants, those same landlords who we need to support simply will not have the confidence to provide the rented homes that are needed to meet the demand.”

“In the absence of any meaningful plan to boost the level of social housing in this country, the announcement confirming the abolition of Section 21 in today’s Queen’s speech is another attack against the landlords who actually house the nation.

“If Section 21 is scrapped, Section 8 must be reformed, and a new specialist housing tribunal created. Without this, supply will almost certainly fall which will have the consequential effect of raising rents and will further discourage new landlords from investing in the sector.

“ARLA Propertymark will be engaging with the Government to ensure they fully understand the consequences of any changes, and we will be scrutinising the legislation, to ensure landlords have the ability to regain their properties if needed.’

“The abolition of section 21 notices is likely to be greeted with dismay by landlords as it will make the task of recovering possession from tenants tougher, longer and even more expensive. By removing the “no fault” option to evict, it follows that the eviction process has the potential to become acrimonious when currently it need not be that way. The planned and overdue reforms to the court process may lessen the impact on landlords, but possibly not to a material degree. From a tenant’s viewpoint though, this change will be embraced because of the additional layer of security of tenure that it provides for tenants and their families who want to stay in a property long term.”

“Whilst greater security for tenants is welcomed there are fears that the abolition of Section 21 or ‘no fault evictions’ will have a significant impact on the private rented sector. This is because landlords will no longer be able to control the term date which in turn gives them an ability to set a new rent. It is essential that the enhanced system which the Government plans to put in its place reassures landlords and allows them to retain the control they need to repossess properties swiftly for legitimate reasons so that rent levels remain market driven. Likewise, the lifetime deposit is a promising concept but will require careful planning.”