Home Information Insurance Is it possible to predict and prevent property disasters? 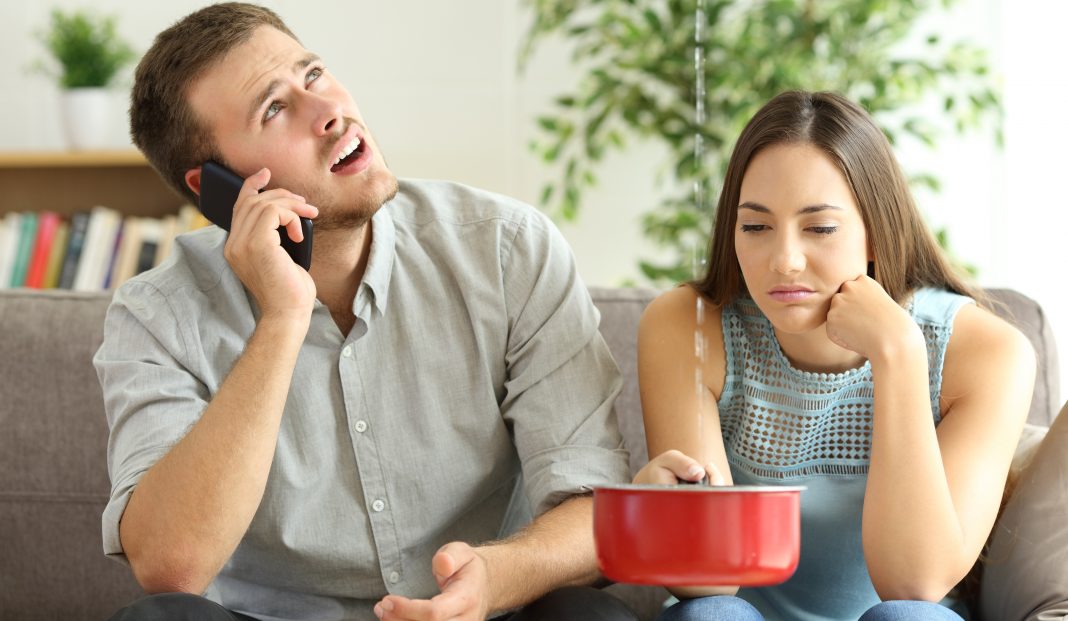 • New research, looking at property insurance claims over 10 years, shows escape of water as number one claim, accounting for 34% of total claims

• Whilst you’re less likely to be broken into in the summer, this is the time claims for accidental damage increase

• Analysis of trends shows claims for malicious damage, subsidence, fire and break-ins are on rise

A detailed report analysing 10 years of property claims¹, released by Hamilton Fraser Total Landlord Insurance (specialist insurance provider to the private rented sector), has identified escape of water as the most likely property insurance claim, accounting for 34 per cent of all claims paid out between 2008 and 2018.

However, in the first of its kind, the research reveals that the frequency and type of claims can be determined by factors such as a property’s location or the time of year, which could help property owners think smarter to predict or minimise damage to properties before disasters occur.

Perhaps unsurprisingly, escape of water, defined as ‘when water has entered the property by the mains water supply causing damage’ e.g. a burst pipe, is the most common claim, accounting for 34 per cent of all claims (2008-2018).

Interestingly, although a higher concentration of claims in London can in-part be attributed to a greater volume of London customers, the report identifies a clear link between incidents for escape of water clustering not only around the Thames, but closely matching the city’s Victorian water mains.  For example, between 2017-2018 there were 45 reported cases of escape of water along Victorian plumbing lines in Kensington, 28 in Shepherd’s Bush and 27 in Brixton.

Examining the types of claims against the months they were made across a ten-year period has also revealed a fascinating seasonal link, which could be extremely useful to property owners.  Claims for escape of water increase in autumn/winter owing to frozen/burst pipes, but are at their lowest in April.

Hamilton Fraser Total Landlord Insurance paid out £751,377 for escape of water in 2011, which was the highest in the last 10 years.  This ties in with Met Office data which shows at the time, December 2010 was recorded as the coldest December in over 100 years, with the highest number of air frosts in at least the last 50 years².

Other trends identified show that there is a significant spike in fire claims in January, which in rented properties could be as a result of the increased likelihood of tenants leaving power supplies on in unattended properties over the festive period.

Attempted break-ins are very high in January but die down moving into summer, before picking up again from September. This could be because homes are seen as more vulnerable in the winter months when daylight hours are shorter, and opportunists are more likely to look for Christmas presents. This is also evidenced by a lull in break-ins during the summer months as a result of lighter evenings.

Accidental damage also peaks in the summer when people might be likely to spend more time at home with children off school.

Removing seasonality as a factor, the data also shows which claims incidents have been increasing and declining. Interestingly, theft has been decreasing since 2011, which could show that landlords are perhaps being more thorough with inventories.

Claims for underground service, which incorporates pipes, cables and drains, and accidental damage are also declining. Increasing trends are malicious damage, subsidence, fire and break-ins. As the most common claims escape of water and also storm damage remained stable.

Although the UK does not experience storms as frequently as some other western countries, major (named) UK storms can do significant damage to homes every year and damage from storms is the second most common claim type. According to Hamilton Fraser Total Landlord Insurance, 51.2 per cent of all storm incident pay-outs have been for roof damage.

Eddie Hooker, CEO of Hamilton Fraser, says: “Property insurance is there to protect against those unexpected eventualities, but prevention is always better than cure.  Carrying out this extensive research clearly shows that investment in property maintenance and taking simple steps, like unplugging unused electrical items, could prevent an issue arising in the first place helping to keep your premiums low.”

What does this mean for property owners?

●   Although Thames Water have laid 2,300 km of new plastic pipework across Central and North London, there is still work to be done and people looking to invest in property across the Capital may want to research the plumbing infrastructure in their local area

●   Escape of water is a common claim across the UK and can occur due to cracked or damaged pipes. Replacing or repairing these could prevent a future claim

●    Keeping an eye on the weather forecast and making necessary repairs to broken roofs and fences etc. ahead of storms may also help protect properties from damage