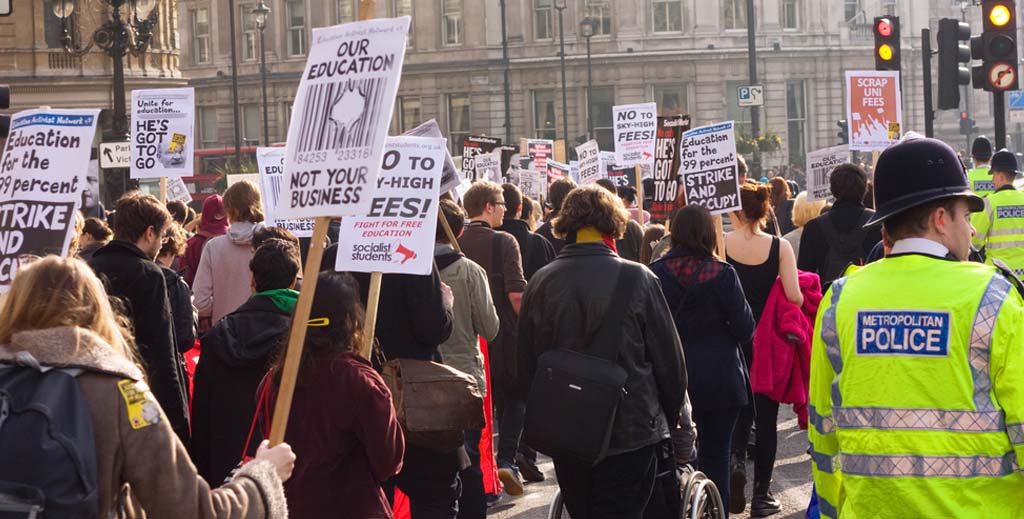 Thousands of students have threatened a rent strike in the new year in protest at being charged for their empty rooms in halls of residence and a lack of face-to-face teaching.

Strikes on campuses including Oxford, Sussex and Edinburgh are being planned when they return from the Christmas break in what’s been labelled the biggest wave of student renter militancy in more than 40 years.

So far, the protests are having an impact; Manchester has now cut rent in its halls by 30% for this term after a mass strike, and Bristol University has announced a similar rebate for seven weeks to account for the staggered return to campus next year.

Rent Strike, a student-led umbrella campaign group, is overseeing the action planned for the new term, backed by the National Union of Students (NUS).

It’s been holding training sessions to encourage protests after research found the average rent for student accommodation formed 73% of student loans in 2018, up from 58% in 2012.

NUS president Larissa Kennedy (pictured) says students have been encouraged to move into halls because universities are heavily dependent on rents and tuition fees, but after finding that almost all teaching has been online so far this year, students feel like they been trapped on campuses so universities can collect rent and fees.

She told The Guardian: “Universities have turned into mega landlords, collecting millions of pounds in rent every year. A massive chunk of the inadequate maintenance support, most students get is funnelled straight into these institutional landlords.”

But will this rent strike spill into the PRS, as it threatened to in April?