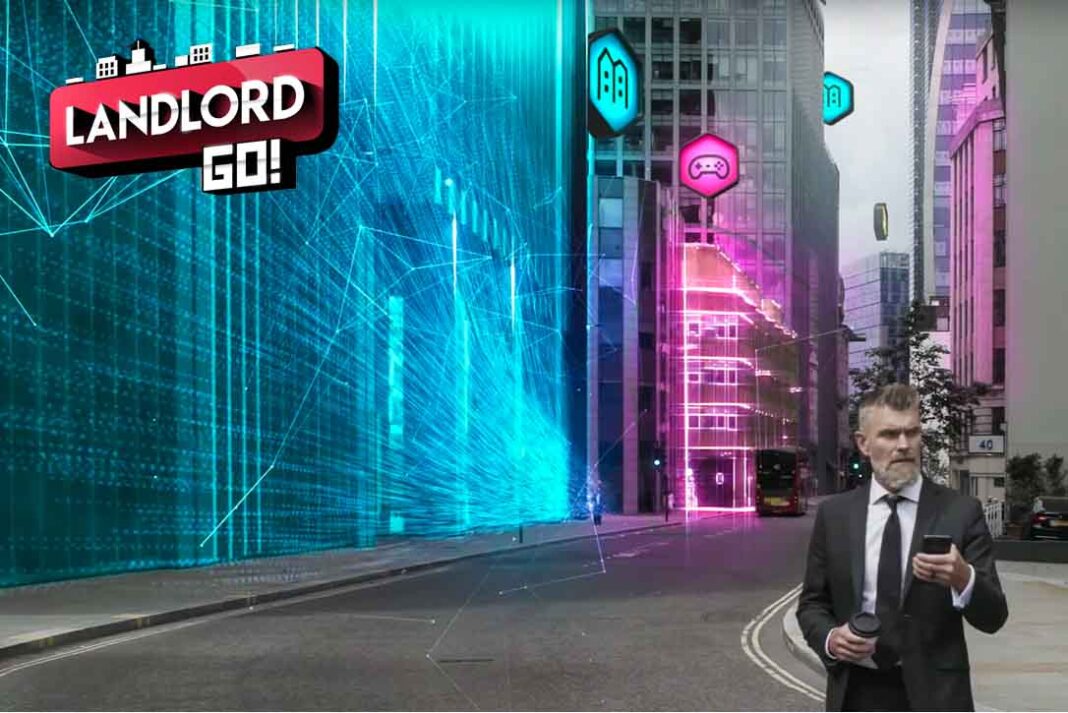 A virtual reality property investment game called Landlord Go has officially launched today in the UK following four years of development and is so addictive that a million people have already signed up to play during its pre-launch phase, it is claimed.

Available on both Android and Apple smartphones, the game is being launched via a slick marketing campaign, and enables property investors and landlords to have a go at building a virtual property portfolio of both real commercial and residential properties without having to risk their real-world cash.

The game can be played globally, but its UK representative tells LandlordZONE it will have local interest for players because many landmarks in their area from corner shops to apartment towers have already been mapped and therefore can be ‘bought and sold’.

The game has been developed by London-based Reality Games, and enables players to buy, sell, and collect rent on local famous buildings and landmarks.

Players start small but with skill can quickly amass a real estate empire through investing, it is claimed, by engaging in bidding wars with other players, recreating the experience of competing in the high-stakes real estate market, all via their smartphone.

The game also enables players to stand in real places and then use their phone’s GPS position to see a ‘gaming version’ of the buildings around them including values and who owns them, as well as the personal wealth of other players nearby.

Landlord Go has used NASA data to divide the world up into 10 billion plots and its developer says that once it has enough players and property valuation data, it will eventually linked to the real world of newbuild development.

“The level of realism is what sets Landlord Go apart,” the promotional material for the game says. “For the Buildings in the game have the correct simulated height that correspond with the real world versions, with image recognition and location data available through the AI camera feed.”