Home News LATEST: Number of London landlords fined over past 12 months drops by... 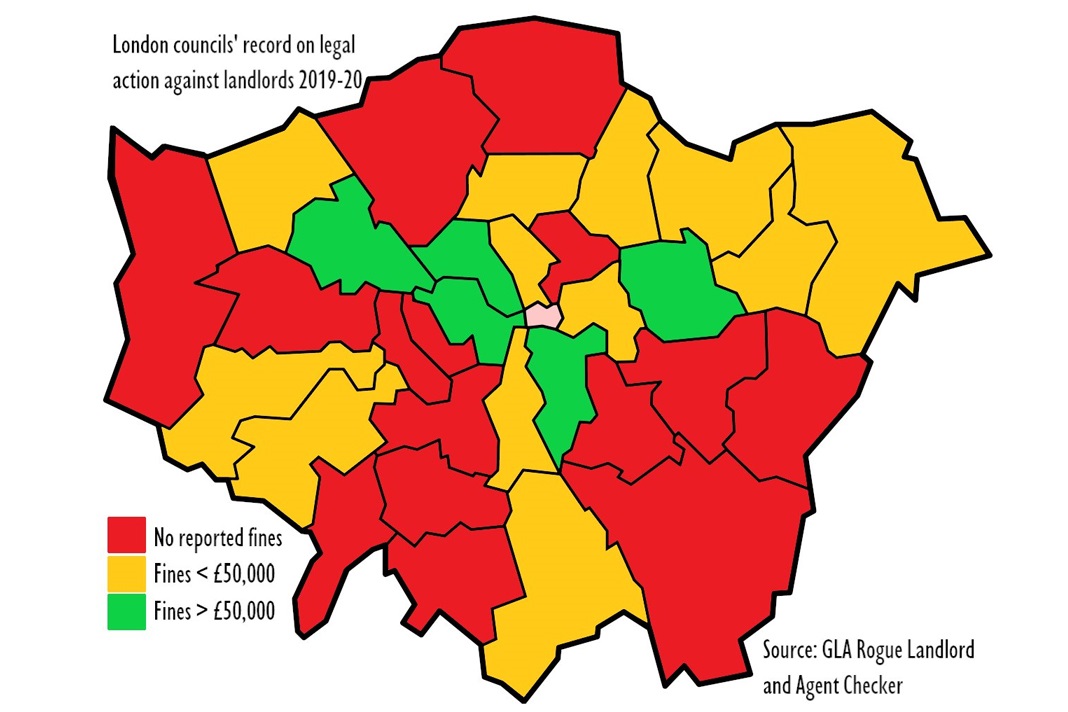 Landlord prosecutions have fallen in the capital during the last 12 months, with 292 fines handed out compared with 433 in the previous year.

The Greater London Authority’s Rogue Landlord and Agent Checker showed landlords paid fines totalling £1.04 million in the year to 26th February, down on the £1.66 million paid in 2018.

These fines were issued by 17 of the 32 London boroughs, with Camden the most prolific council for taking action against criminal landlords, handing out more than £750,000 in fines.

During the past year, Newham, Brent, Tower Hamlets and Waltham Forest saw fines fall by more than half, while Westminster, Hounslow and Haringey have more than doubled theirs.

But pressure group Generation Rent is not happy, calling on the next Mayor of London to step up the fight against criminal landlords by letting tenants check online if their home needs and has a licence.

It believes an estimated 130,000 private rented homes in London don’t have the right licence and says that in 130 of the 292 cases last year, tenants would have been entitled to reclaim up to 12 months’ rent through a Rent Repayment Order because their landlord had failed to either obtain a licence or make improvements to the property.

Dan Wilson Craw, director of Generation Rent, says: “Despite squalid conditions facing many of London’s renters, councils have a very mixed record on bringing the landlords responsible to justice.

“The next Mayor of London could turn this around by making it easier for renters to use Rent Repayment Orders against criminal landlords.”