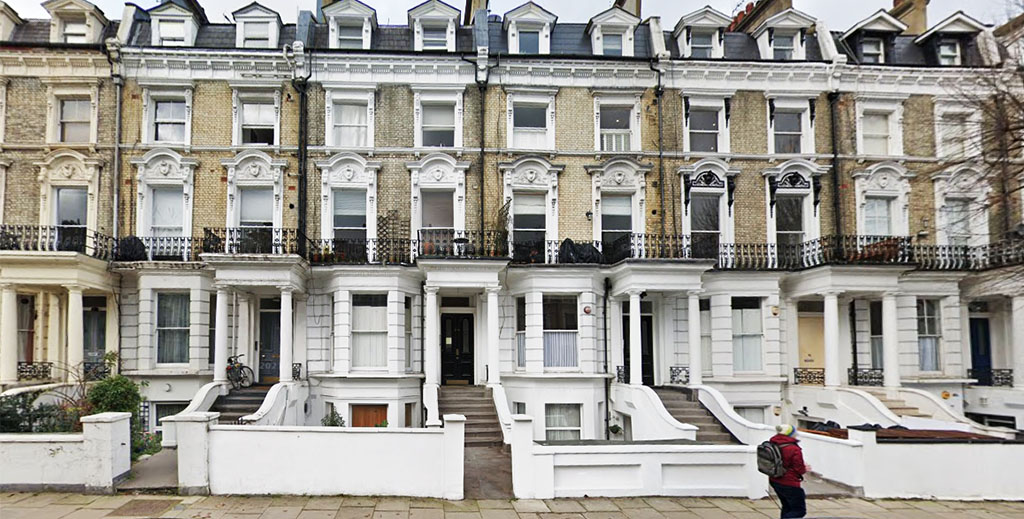 London’s County Court has set a worrying precedent for landlords who operate properties that are rented ‘jointly and severally’ but where, over the years, tenants have been left to sort out their own deposits as tenants come and go.

The judgement by Judge Luba QC concerns landlord Richard Boddy who bought a property in Maida Vale, London (pictured) in 2003 as his home.

He later moved out and rented the three-bedroom flat as a ‘house share’ with the tenants jointly and severally responsible for paying the rent and bills.

This arrangement continued via three ‘churns’ of tenants until Covid struck, whereupon it fell apart after one tenant packed her bags and returned to Australia, requesting that her deposit cover any cleaning charges and unpaid rent.

At a hearing earlier this year the judge dismissed their claims agreeing with the landlord that they were licencees and not tenants and therefore, because they did not have ASTs, the deposit did not need to be protected.

But the tenants, who still live at the property, took the case to appeal and have now won.

Judge Luba (pictured) agreed with them that each ‘churn’ was in effect a new tenancy and that their deposits should have been updated and protected afresh.

He was also somewhat poetic in his judgement, highlighting how the only evidence of the original tenants was their unclaimed and ‘dog eared’ post festering in the hallway.

Boddy must pay £3,615 which is £1,205 in respect of each of the three churns which produced a new tenancy to which they were in turn either or both parties to.

Luba gave the lightest penalty he could to the Boddy as he felt that the landlord had not purposefully tried to dodge his deposit protection obligations.

The judgement affects other areas of PRS law, in particular evictions; one of the many reasons tenants can avoid eviction is if a deposit has not been properly lodged with an approved scheme, although landlords can return deposits prior to an eviction to avoid this.

Julie Ford of HF Assist (pictured) comments: “This case highlights the importance of both landlords and agents keeping accurate paperwork and taking the time to know who is in their property.

“Compliance is the most important part of renting a property and even the most hands off landlords are not immune to the ever changing minefield of legislation.”

BREAKING: Thousands of landlords caught up in Purplebricks deposits fiasco