Home News LATEST: Government agrees ‘in principle’ with another evictions ban after 21st 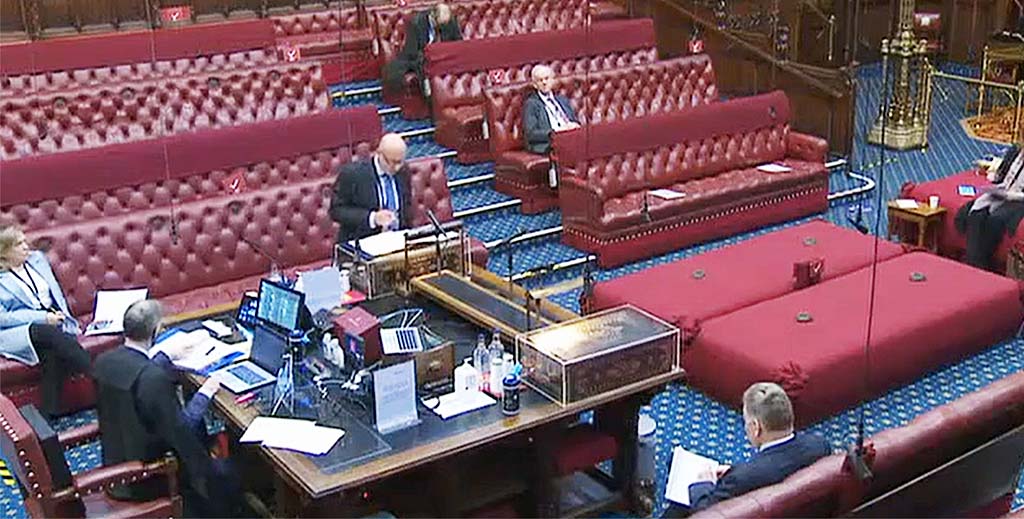 A government spokesperson has said that a further extension to the current ban on bailiff evictions is likely and that next time it may be for longer than a few months.

The current ban on bailiff evictions was announced on 8th January and is due to expire on 21st February.

Speaking during a debate in the Lords yesterday (pictured), Conservative justice minister Lord Wolfson of Tredegar hinted heavily that evictions were unlikely to ahead while the pandemic continues to rage in the UK, although no decision had been taken yet.

“I accept in principle that we want to look at a longer period and… if we can we certainly will,” he said.

“It is important that our approach remains proportionate and strikes the right balance between continuing to protect tenants and ensuring that landlords can access justice,” he said.

Despite saying this, Wolfson admitted that most tenants served notice now will not face eviction until at least June this year due to the government’s various changes to the possession, bailiff and court rules.

Wolfson (pictured, below), who is a banking lawyer by trade, also defended the government’s decision to adjust the latest eviction rules to allow repossessions when rent arrears were greater than six rather than nine months, and to include those built up during Covid, which previously wasn’t the case.

He told the Lords that the change was a reasonable balance between the needs of landlords and tenants given the financial problem both sides of the PRS are experiencing at the moment.

Woolfson also said the government all the possession claims covered by amended exemptions within the updates rules would be tenants who had stopped paying rent before the pandemic began.