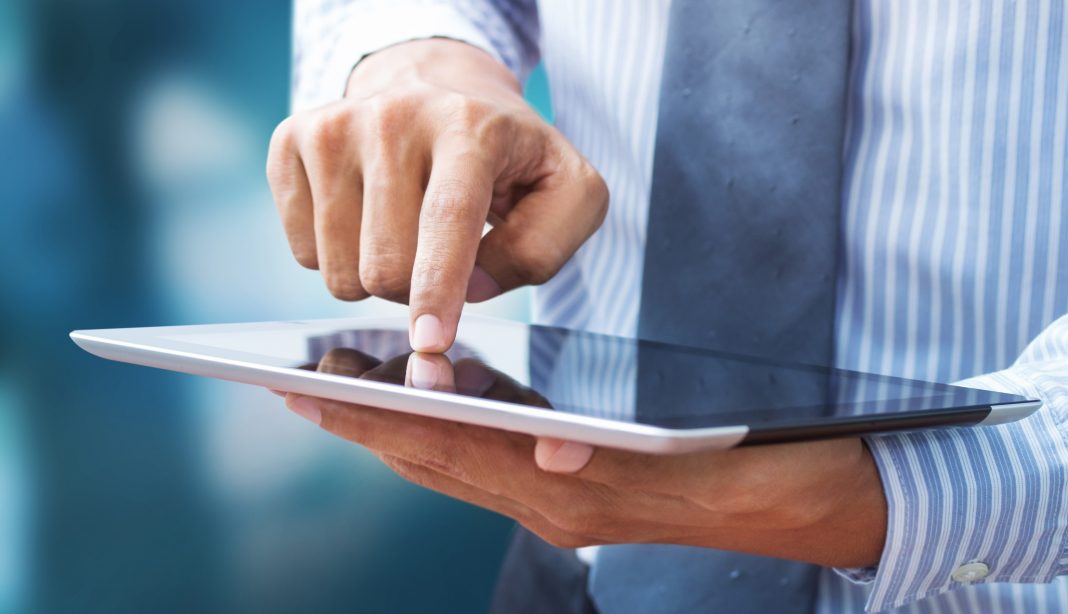 The Q3, 2018 survey of the thousands of private landlords using the LandlordZONE® website reveals that 70% of the respondents own 4 properties or less, of which 75% are self-managed. Some 60% of the respondents never let to Housing Benefit tenants. Around 10% want to buy more properties, 71% will maintain their existing portfolio size, while 19% plan on selling some units. Read on for more statistics…

It is well known that the UK’s private rented sector (PRS) is dominated by small-scale landlords and survey after survey has indicated this fact. The sector is populated by these often part-time landlords, renting out their investment properties (buy-to-lets), (1) to supplement their income and provide a pension next egg, (2) when they move away with their job and want to keep their own home, or (3) when they move to a new home before selling their own property.

The results of this survey confirm this notion that the small private landlord dominates an industry within England (English Housing Survey to 2017), and this is reflected right across other UK nations. The private rented sector remains the second largest tenure, now accounting for 20% of all households.

The results of a recent survey by estate agents, Your Move showed that over 40% of buy-to-let small-scale landlords see themselves as “pension pot” landlords, most being males over the age of 45, with nearly a quarter (23 per cent) of the sample having been a landlord for 15 years or more.

“Accidental” landlords – those who were not expecting to be landlords, are most likely to be female and under the age of 45 the study found. These were the second most common type of landlord (29 per cent), followed closely by the professionals, landlords doing it as a full-time job or career (20 per cent).

Nearly three in ten (29 per cent) of “pension pot” landlords saw their rental properties as a business, with more than half (53 per cent) investing in more than one property. It was found that these landlords are more likely than the other groups to build a personal rapport with tenants and want tenants who will protect their investment.

The Size of the Rental Market 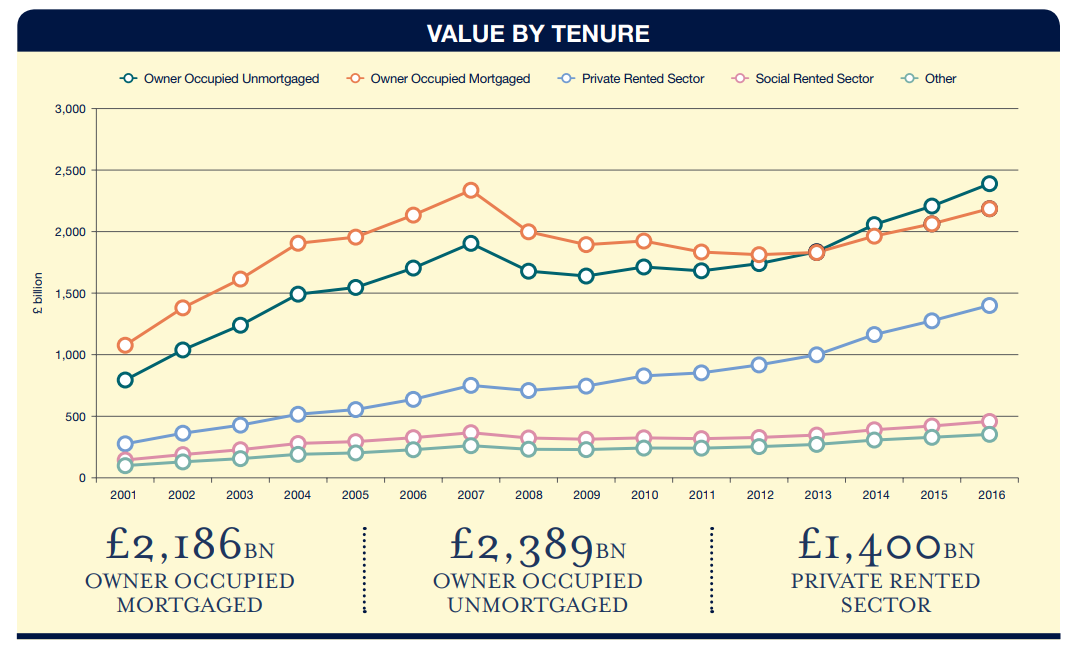 According to property agents, Savills (Residential Property Focus 2017 issue 1, see chart), the value of property in the UK rental market is a massive £1,400bn, and according to the statistics produced by the LandlordZONE® Q3 2018 survey, some 70% of this property is owned by landlords who own less than than 4 rental units. This would equate to an investment of £980bn, or just short of £1trillion.

Question 1 – Properties owned: How many rental properties do you own?

Number of Properties owned by Landlords 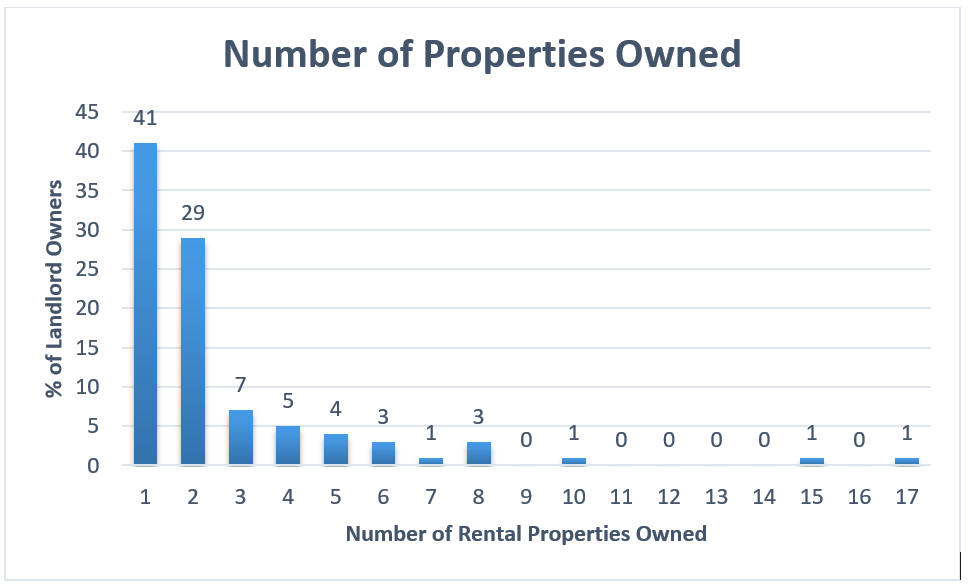 How many landlords use agents?

Question 2 –Do you use an agent or manage your tenancies yourself?

The sheer amount of new legislation, regulations, taxation rules and general “red tape”, now affecting landlords means that the DIY landlord needs to have quite a bit of knowledge, and ideally experience, if he or she is to stay out of trouble. So, the temptation to use a professional agent is now greater than ever. However, in these days of increasing costs and taxation, one area where landlords can save a ton of money is by self-managing, so there is this countervailing force, a highly motivating factor which says, “do-it-yourself”.

The survey found that one-quarter (25%) of landlords are using letting agents, as opposed to three quarters of the sample (75%) managing their own properties. That would make perfect sense as those visiting the website do so, in the main, to find information and get advice, to keep themselves up-to-date on lettings management.

Question 3 – In the next 12 months, are you planning to buy more properties, maintain your existing portfolio, or sell some properties?

Despite the government’s tax changes, countless new regulations, and threats to the shorthold tenancy, with the proposed introduction of a mandatory 3-year tenancy, landlords are still optimistic about buy-to-let.

The saving grace is the growth of renting and the continuing healthy demand for rental accommodation. Recent research by Hamiltons International, shows the sector continuing to grow and reaching six million households by 2025. By 2022, 20.5% of households will be renting in Great Britain, they say, up from 19.4% today

A new sentiment survey by Your Move interviewed almost 1,100 landlords in June this year and its survey report shows that around 52 per cent of landlords surveyed felt positive about their position in the current economic climate. This compares to only 16 per cent who felt negative about their prospects as landlords. The majority approach to the general outlook was confident, despite the stricter regulatory and tax changes introduced over the last couple of years.

These results compare to the LandlordZONE® survey which gives around 10% wanting to buy more properties, over 71% maintaining their existing portfolios, and 19% selling some units.

Question 4 – What is your 12-month property market outlook?

The survey results from LandlordZONE® visitors show that roughly 22% are very positive, 55% are neutral, and 24% are negative on in the prospects of the buy-to-let market in the future.

With Brexit uncertainty, a Budget on the horizon, a stagnating housing market, and issues over Universal Credit, its perhaps not surprising that some landlords have the jitters, but when 77% of our landlord visitors are either positive or neutral, that must be a good sign.

Question 5 – Do you currently accept benefit recipients as tenants?

It is not unusual for private landlords to advertise properties to let stating that they will not accept applications from Housing Benefit (HB) claimants, or “DSS tenants” as they are still colloquially referred to. This often raises the question of whether such restrictions amount to unlawful discrimination.

Despite the controversy over this, a 2018 House of Commons briefing paper “Can private landlords refuse to let to Housing Benefit claimants?”, it seems it’s quite lawful to refuse these tenants. The paper discusses private landlords’ reluctance to let to Housing Benefit claimants and considers whether this is a form of discrimination. It concluded that it is unlikely to amount to direct discrimination as income and employment status are not protected characteristics under the Equality Act 2010.

Of course, landlords sometimes have no choice in the matter, if one of their existing tenants decides to claim benefits because they are short of funds.

The results of the LandlordZONE® survey on this show that around 60% of respondents never let to HB tenants, only 3% mostly let to these types and around 37% do sometimes let to them.

Question 6 – How easy is it to find new tenants in your area?

This is perhaps as good an indication as any of the state of the letting market today. The LandlordZONE® user base is predominantly UK, with around 33% from London and the South-east and the rest spread evenly throughout the country, most in the main conurbations such as Birmingham, Manchester, Leeds, Bristol, Edinburgh etc.

The survey shows that 75% of landlords are reporting that finding tenants is easy – there is ample tenant demand in their own locations, and though we don’t have a breakdown on where these locations are, it is likely to be the main conurbations, and biased to the more southerly regions, especially the South-east. 24% are finding it not so easy to let, and just 2% report that they find it difficult to find tenants.

Question 7 – What is your view on the proposed introduction of mandatory 3-year tenancies?

The jury is currently out on the decision as to whether a compulsory 3-year tenancy is introduced in England, as we await the result of a government consultation exercise.

The new proposal would bring in a tenancy where there is a six months’ probationary period, at which point the landlord could bring the tenancy to an end if all is not well. But if this becomes law, when this 6 month hurdle is passed, the landlord is tied-in for the duration – for the remaining two and a half years, whatever happens next. During this period though, the tenant can walk away with just a short period of notice.

It would be a major transition away from the current assured shorthold tenancy (AST) where the landlord can use the section 21 no fault eviction process after the initial 6 months, providing the fixed term has expired. Basically, under the current rules, it means the landlord has a degree of control and protection, should things go wrong. Under the proposed scheme, and under Labour’s plans, all this is lost.

The results of the LandlordZONE® survey show a surprising degree of tolerance for the idea, with around 30% of landlord respondents either positive (15%) or neutral (16%), but 69% would be definitely against.

Question 8 – What do you think the impact will be of Brexit on the private rental market, if any?

There has been a lot of debate about Brexit and how it will impact the property market and the economy as a whole.  So how is it likely to affect buy-to-let investors? The short answer is that it cannot be known for sure, but generally, anecdotal evidence shows that landlords and investors fall into two camps: there are those that worry that Brexit will have a big impact on them and are reducing their exposure to UK property as a result, and those that see this as a buying opportunity.

The results of our survey show that LandordZONE® visitors are in the main in the negative camp at around 70%, while 15% are positive and another 15% neutral on the matter.

Question 9 – How will the letting fee ban affect your business?

First trailed in 2016, one of the major changes coming in next year will be the ban on letting fees charged to tenants. Under the new regime, tenants will only be able to be charged for rent, deposit, and a “reasonable” amount of penalty if they default on their contract. This is more likely to have a serious effect on letting agents rather than private landlords as most private (DIY) lettings don’t involve any charge to the tenant, or if there is one, it is usually a small amount.

Most letting agents on the other hand rely heavily on these fees for a large part of their income. Passing on higher charges to their landlord clients is likely to be restricted because of competition, but some of this charge will be passed on, and in any case the measure is likely to result in higher rents for tenants.

The survey found that 63% of respondents were neutral on the issue, with 6% positive and 31% negative.

Question 10 – How will the introduction of mandatory client money protection (CMP) affect your trust in letting agents?

The Government has announced that legislation will be brought forward to introduce privately-led CMP schemes and civil penalties of up to £30,000 for agents who fail to comply with the scheme. According to industry estimates, £2.7 billion in client funds is held by letting agents at any one time.

Currently, CMP is voluntary with approximately 60% of letting agents signed up to a scheme. By making CMP mandatory it will ensure that every letting agent is offering the same level of protection, giving both tenants and landlords the financial protection that they need against an agent going bust, or absconding with their money.

As three-quarters of the respondents in the survey sample don’t use agents, it’s perhaps not surprising that 40% thought it would have no effect on them, 38% don’t know, 19% were positive about the change and 5% negative.

What are YOUR views on the evictions ban and other challenges of being a landlord today? Take our survey