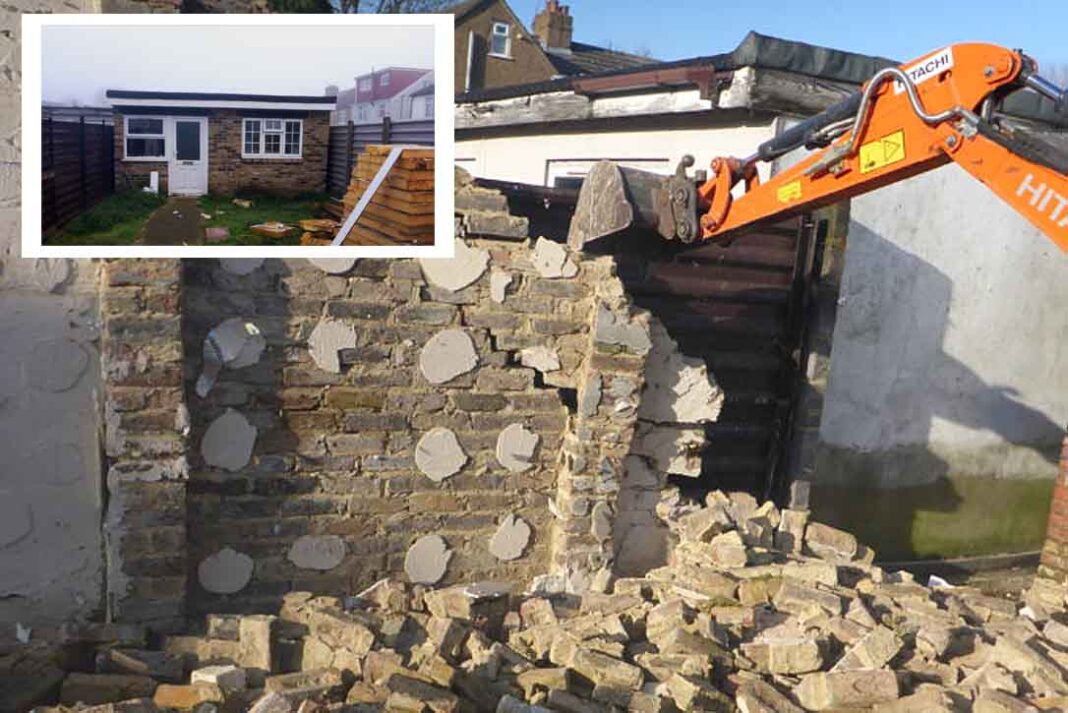 A rogue landlord has been slapped with a £16,000 bill for the demolition of an illegal outbuilding at his home.

Ealing Council claims the property owner owes it for the cost of the work after requests to knock down the cramped building at the bottom of the garden which were built without planning permission and illegally let as a family home were ignored.

The 45sq m outbuilding’s dramatic demolition followed several rounds of legal action by the council over a two-year period.

In May 2017 the council’s planning enforcement team received a tip-off that the outbuilding at the back of a property on The Common in Southall was being used as a private home.

It issued a planning enforcement notice in December 2017, ordering the owner to stop letting the building and then demolish it. His subsequent planning appeal was dismissed in July 2018 and he was given six months to comply.

In January 2019, planning enforcement officers found the outbuilding still up, although no longer lived in. Despite more warning letters, the property owner still didn’t take action, so in November 2019 Ealing Council demolished the outbuilding and cleared the site in a single day, details of which have now emerged.

Councillor Joanna Camadoo-Rothwell, lead member for community safety and inclusion, says: “This gentleman chose to ignore repeated requests to obey the law, continuing to rent out this illegally-build outhouse. It is totally unacceptable in a modern, civilised society for a cramped building at the bottom of a garden to be used as a family home.

“As we have seen in many cases across the capital, illegal outbuildings are damaging to our neighbourhoods and pose a very real health hazard for those living in them. I am therefore pleased to see a robust approach to enforcement in this case, with [the owners] paying a heavy price for flouting planning regulations.”