Home News ‘I’ve had to learn the hard way and won’t ever take housing... 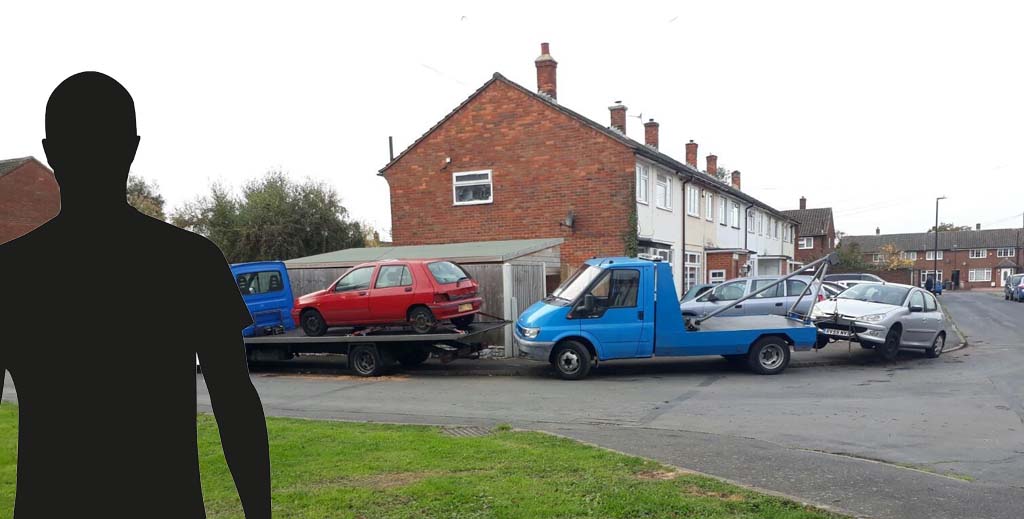 An ‘accidental landlord’ who spent years coping with terrible tenants that turned his property into a scrap metal yard is quietly celebrating their imminent eviction.

The landlord – who doesn’t want to be named for fear of retaliation – inherited a three-bedroom house in Slough from his father-in-law six years ago (pictured).

But he’s now thousands of pounds out of pocket and has vowed never to take DSS tenants again after the traveler family of six piled up at least 20 cars in the garden, where they also housed people in a caravan and refused to pay rent for years.

“They are very abusive – I was scared to speak to them and terrified about serving the eviction notice,” he tells LandlordZONE.

His tenants were supposed to pay one-third of the £1,300 rent while Housing Benefit covered the rest.

But, despite alerting Slough Borough Council to the problem years ago, it has felt like fighting a losing battle, he explains.

“The council said this family had a license for their business issued from another council, which surprised me, so I even wrote to my MP.

He finally served a section 21 in January before the pandemic struck, only to receive a letter from Slough Council housing team saying they were going to prosecute him.

“They said I’d done the section 21 wrong, but then their enforcement team said I was doing the right thing – I was basically getting conflicting advice from different departments.”

After forking out for a solicitor and finally getting the council to understand the situation, he feels frustrated that the possession process has taken so long.

But with the help of Landlord Action, he’s finally about to serve the bailiff application and, after losing his job earlier in the pandemic, plans to move into the house with his family and rent out his one-bed flat.

Any new tenants will be carefully vetted, he adds: “I’ve always tried to do the right thing, but this experience has been so stressful that it’s taken its toll on my health. I’ve had to learn about being a landlord the hard way and won’t ever take housing benefit tenants again.”