Europe has a topsy-turvy housing market where annual changes vary widely from an 17% drop in Croatia to an 11% rise in Estonia.

The figures for house prices in each of the 28 European Union nations were released this week.

The statistics are split for the whole European Union, where year-on-year prices for the third quarter were down 1.3% for the single currency zone, while those for the EU were down 0.5%.

Not all EU countries record house price data, so analysts estimate the changes, while new member Croatia only joined on July 1, 2013, so the market will need some time to adjust. 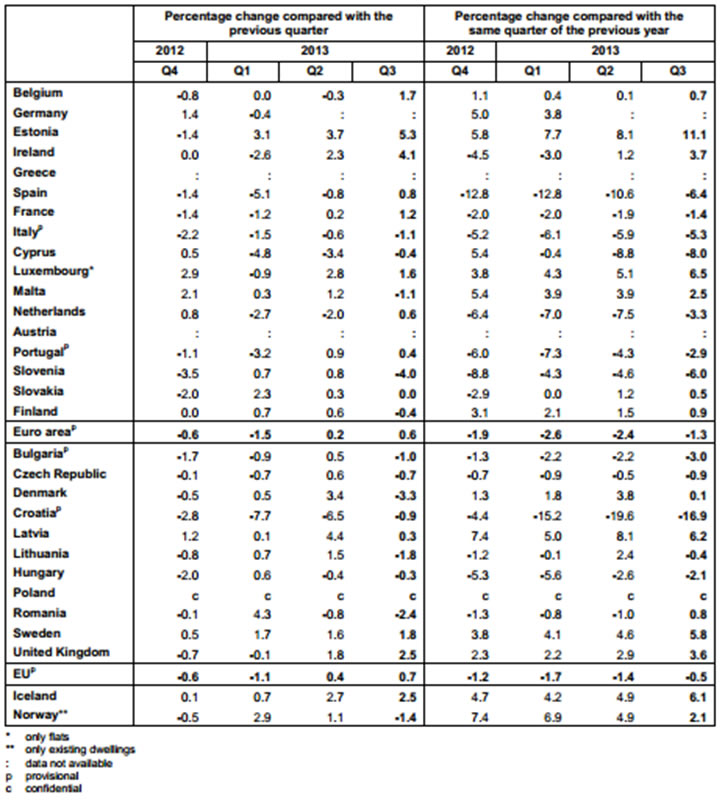