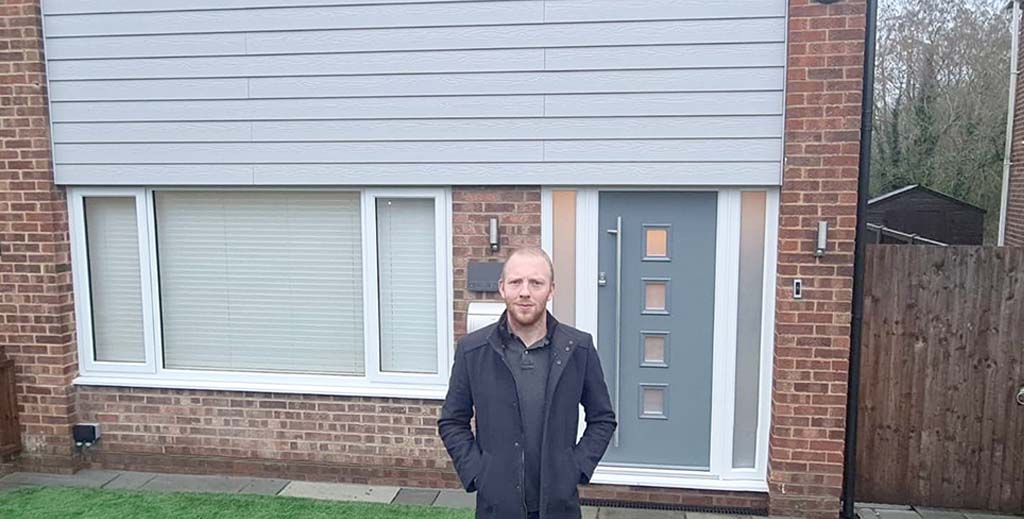 A landlord in Leicestershire says letting agents who accept online banking screen grabs as proof of rent or deposit payment are leaving the door open to fraudsters.

Builder Robert Knights (pictured, above), who used a local lettings agency in Allington, Maidstone to rent out his property in February last year, says he is out of pocket to the tune of £2,000 after the tenant faked a screen grab to get the keys to his house.

Knights claims the agency did not properly check a screenshot of an online bank account purporting to show the deposit and first month’s rent being transferred to the agency ahead of the tenancy beginning.

The agency says the tenant failed referencing as did a guarantor and instead the tenant agreed to pay six months’ rent and a deposit in advance, but a few days before the let began said they could not honour this promise.

Knights and the agency struck a deal with the tenant that they would pay a higher rent instead, and the tenant provided an online banking screen shot of the first months’ rent and deposit being paid.

This turned out to be fraudulent but by the time it had been discovered, the tenant was in the property and, despite promising to pay the outstanding debt, stayed for a further five weeks after giving a variety of excuses.

Knights is adamant that letting agencies should not hand over keys until monies have proven to have cleared, while the agency says the screenshot is a standard industry method of checking cleared funds, and that both Knights and their company was a victim of the tenant’s deceit.

Happily, the duplicitous tenant moved out without a full eviction being required, which Knights says was a huge relief, but by then he was approximately £2,000 out of pocket including lost rent and court costs.

He asked the agency to re-imburse him, a request it declined although the company waived its £420 fee as a gesture of good will, and Knights complaint was then escalated to The Property Ombudsman for redress.

But this case brings up a crucial point for redress systems like TPO, agents and landlords; should screen grabs of ‘funds sent’ from online banking sites be accepted as payment?

In its adjudication, TPO said the agency should have checked with Knights that he was happy to hand over the keys without proof of funds having arrived in the agency’s bank account.

Although both Barclays and ARLA Propertymark told TPO that a screenshot was acceptable in this case, the ombudsman has disagreed, saying in its adjudication that: “I have found that there was in my view a significant failing here by the agency in accepting the screenshot as sufficient evidence that payment had been made without consulting the Complainant first.

“The Complainant was therefore denied the opportunity to accept or decline the tenant’s occupation of the Property being then aware of the non-receipt of cleared funds.”

TPO awarded a sum of £620 as compensation, a reduced amount compared to his losses because, it says, Knights was aware the tenant had a troubled financial background.

Rebecca Marsh, Property Ombudsman at TPO, adds: “We review every case based on the evidence provided by both parties, the agent’s obligations under the TPO Code of Practice and what is fair and reasonable in the specific circumstances.

“Where TPO finds that an agent has not provided an acceptable service, we will support a case and, often, make a financial award.”