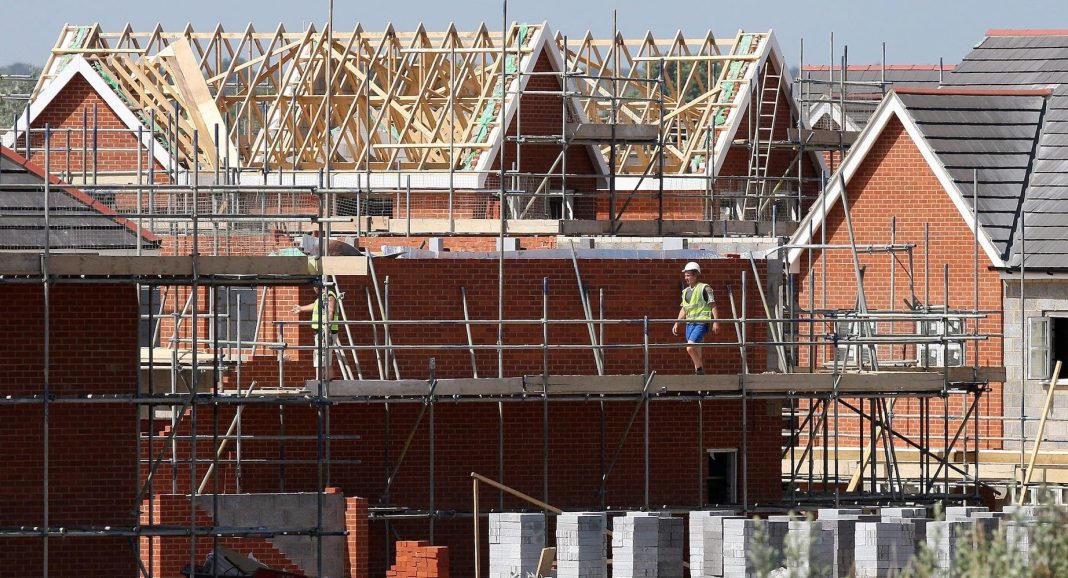 Build-to-rent is still small beer in relation to the rental property market as a whole; it makes a small dent into the Private Rented Sector (PRS), nonetheless it is “building” steadily and every unit built adds to the competition in some locations for small-scale landlords.

The changing nature of the housing market

Home ownership used to be the aspiration of virtually every young person. It was the basic housing model for Britons right up to the year 2000. Up to then 70% of homes were in owner occupation. This was a much higher proportion that in most other Western European nations.

In Britain, getting onto the housing ladder was every young couple’s expectation. It facilitated nicely a sensible financial life plan, it could ride the inflationary price waves, allowing couples to trade up regularly throughout their working lifespan, eventually using their property’s value as part of their pension.

Even with the Government’s generous help-to-buy scheme, demand for new homes for sale declined quite dramatically, with the taxpayer payouts seeming to benefit the housebuilders more than the intended recipients, and it led to even higher house prices.

Consequently, millions turned to renting from small scale landlords who in turn were financing their rentals with the ubiquitous buy-to-let mortgage. The change allowed thousands of middle class individuals to become private landlords, who in turn were riding the property price inflation waves and providing themselves with substantial pension pots.

Some of these private landlords built up substantial portfolios of rentals to the point were you could call them professional landlords. Now over over five million households are provided by these landlords in what is now a very substantial provision of housing – what is called the Private Rented Sector (PRS).

In a move to what the Government sees as professionalising the private rented sector, mirroring those large scale managed units provided in the US, it is encouraged the growth of build-to-rent. This is being funded by financial institutions, large scale developers and property managers.

KKR, a giant American private equity group, is the latest financial institution to finance an ambitious scheme to build 4,000 build-to-rent flats. The financial behemoth KKR is investing £610 million in a joint venture with Apache Capital Partners. The property investment specialist is to build on development sites in Birmingham, Brighton and Hove and London. They are also keen to look at what they call other “core cities” in the UK.

According to The Times newspaper, these flats are to be built by Moda Living, a company owned by family money, the Caddick family, who are also owners of the Headingley cricket ground, Yorkshire county cricket club’s home, and they co-own the Leeds Rhinos rugby league team.

Moda are sourcing sites and will take them through planning and development stage, while Apache Capital will look for investors, in the current case KKR.

Once they are built, the 4,000 flats are estimated to be worth about £1.7 billion. The rentals will be high-end units aimed at professionals with on site community facilities like co-working spaces, gyms, cinema rooms, and terraces. Moda and Apache are to manage the buildings, while KKR will collect the rent. Apache is to hang on to a minority stake in the flats, and will take a small slice of the rent.

One of the world’s biggest biggest private equity firms, KKR co founded by Americans Jerome Kohlberg, Henry Kravis and George Roberts was the inspiration behind the book and eventually the film “Barbarians at the Gate.”

It’s several years ago that the UK Government tried to kick start the build-to-rent initiative, and it’s taken years for the movement to gather momentum, but gather momentum it has. It’s beginning to happen now and the market is starting to establish itself in Britain.

Join the club – they are getting in on the act

Legal & General and Lloyds Bank have both made big commitments into build-to-rent in recent years. More recently The John Lewis Partnership made a surprise announcement that it too was to join the fray. It plans to build around 10,000 rental homes on land it already owns over the next decade or so are materialising, as a part of its diversification strategy.

Wall Street bank Goldman Sachs has committed £200 million to buying 700 homes which are to be rented out to families, while Savills, the estate agency, estimates that 14,000 build-to-rent homes were completed last year, twice as many as were built in 2017.

Savills has forecast that the number of build-to-rent homes built each year could double again by 2026. It has said that “the appetite for build-to-rent from the investment community could support such a level of growth” and that “The only part of the private house building market that we expect to be appreciably larger in 2026 compared with 2020 is build-to-rent.”

Look out in the future

These are important trends and developments in the UK rented sector. It’s something that all small-scale landlords need to keep a wary eye on. It will take some time for this scale of development to affect the gigantic PRS small-scale landlord market as a whole, but in some locations the effect will be substantial.