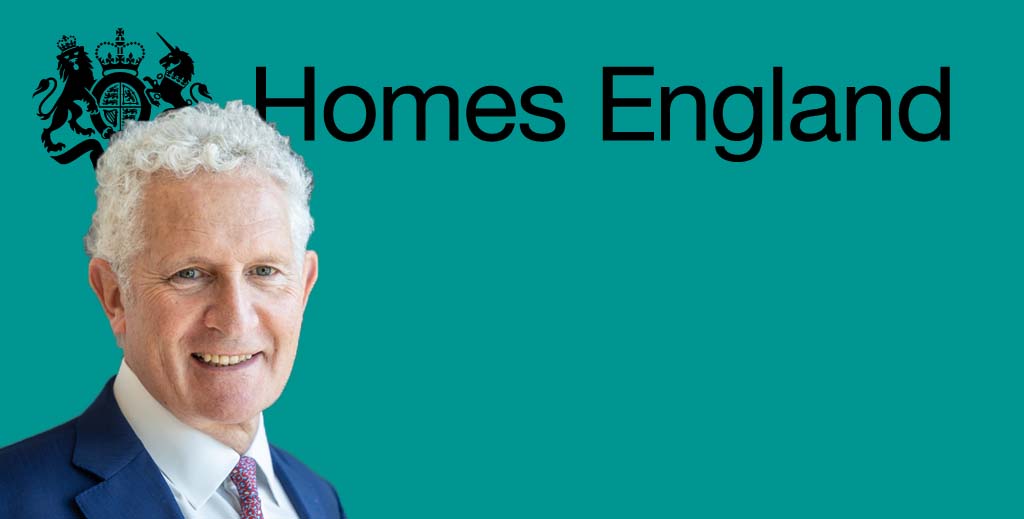 Homes England, the little-known agency set-up by the Con/Lib coalition as a ‘housing accelerator’ is be put under the spotlight by its own chairman, who has promised the government he’ll undertaken a root-band-branch re-appraisal of the organisation.

This follows a critical report by Create Streets founder Nicholas Boys Smith, who slammed the agency for ‘subsidising ugly, obsolescent, alienating homes and places’ or in other words, focussing on numbers at the expense of quality living.

In 2018 the agency was given a £70 billion five-year budget to focus on boosting housing supply in the least affordable areas. Its help-to-buy loans also helped fund they agency’s own expansion from 750 staff to 1100 over three years, now with offices in Liverpool, Leeds, Newcastle, Coventry, Bristol and London.

Although the agency exceeded its housebuilding targets in the last financial year, it has come under criticism in the report for its remit to purely promote affordable homes, and the degree of risk it has taken on with its heavy exposure to the housing market.

The Boys Smith report said that previous government housing agencies had sought to improve the quality of new homes, whereas the Homes England straddles the roles of a bank, a developer, a provider of affordable housing subsidies, and a numbers machine.

By focussing on the least affordable housing authorities, typically in the affluent southeast of England, it has meant that areas in the North of England and the Midlands, a particular concern of the current Conservative’s Red-Wall policy, was being neglected.

Housebuilder Gleeson’s CEO, James Thomason (pictured) has said that: “There’s way greater need in the North of England and the Midlands. Is it really the job of Homes England to funnel quite a lot of cash into the south?”

The looming report signals a change of direction as the agency’s chief executive Nick Walkley leaves after four years at the helm, with rumours of a clash with housing minister Robert Kenrick.

The root and branch review of the agency’s role ordered by Kenrick, to be carried out by its chairman Peter Freeman, is likely to result in a change of emphasis, from boosting housing supply to regional regeneration.

However, outgoing Walkley had expressed concern about using the agency as a tool of the government’s “levelling up” agenda and that “One of the real successes of the agency has been to be really clear about what we do and what we don’t do. We have expertise, money, capability and capacity around housing and land”. But by widening the agency’s remit, he worries that this could lead to poor decision making in the future.

But it looks like politics will win out: the agency is likely to become a major contributor to the government’s “build back better” campaign, helping guide and fund regeneration in the Midlands and the North of England – the Tory Red Wall.