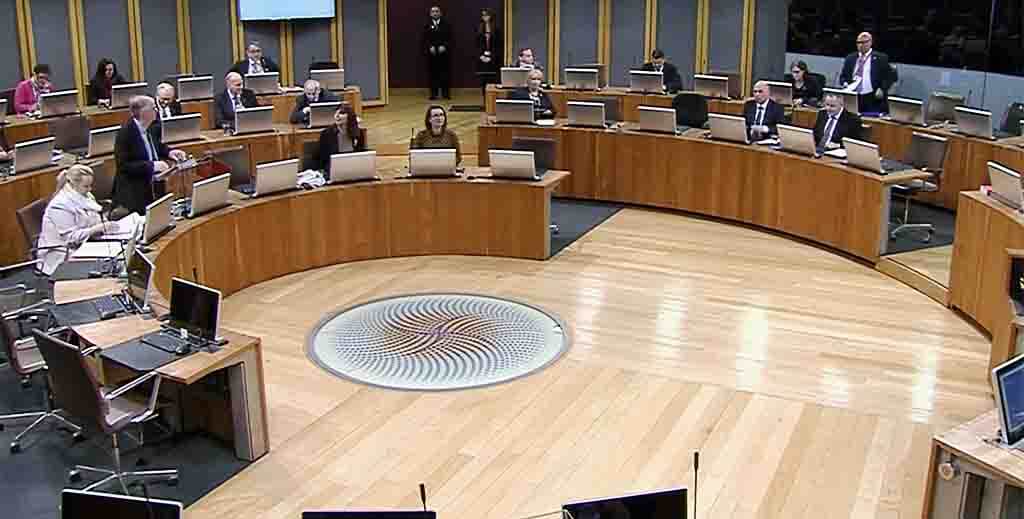 The Welsh government has admitted it made a blunder when introducing its tenants’ fees ban and needs to claim back £4.1m in service charges paid by 4,500 social housing tenants.

It unintentionally banned collecting the levies – for grounds maintenance, the upkeep of blocks of flats cleaning windows and other jobs – from social housing tenants with assured short-term tenancies.

Now, the government wants to legalise the fees that were charged by 33 registered social landlords and 18 third-sector providers of supported accommodation, but there are fears this could disrupt tenants’ benefits and threaten some landlords’ finances.

A majority of Senedd (pictured) members have passed an amendment to a Welsh housing bill to make the payments legal.

Under the terms, landlords will be barred for six months from issuing a no-fault eviction order on tenants who have been paying the unlawful fees.

This was agreed despite advice from the Welsh Parliament’s legal services – leaked by MS Neil McEvoy – which said the parliament could not make laws on the landlords concerned.

It suggested this would not make it impossible to evict a tenant for not paying the prohibited fees, because they could still be in breach of contract.

The Welsh Government paper on the amendment says that if social housing providers stopped charging, tenants could face having their benefits reassessed, which could leave them without benefits while their claims are looked at.

Landlords might also be unable to continue providing accommodation if they have to hand the money back.

The tenants’ fees ban, which was introduced in June 2019, makes it illegal for letting agents and landlords to charge anything other than permitted payments including rent, security deposits, holding deposits, utilities, council tax, green deal charges, payment in default (when a tenant breaches a contract), and payments in respect of council tax, utilities, a television licence, or communication services.

Are tenants still being charged illegal fees by some agents and landlords?