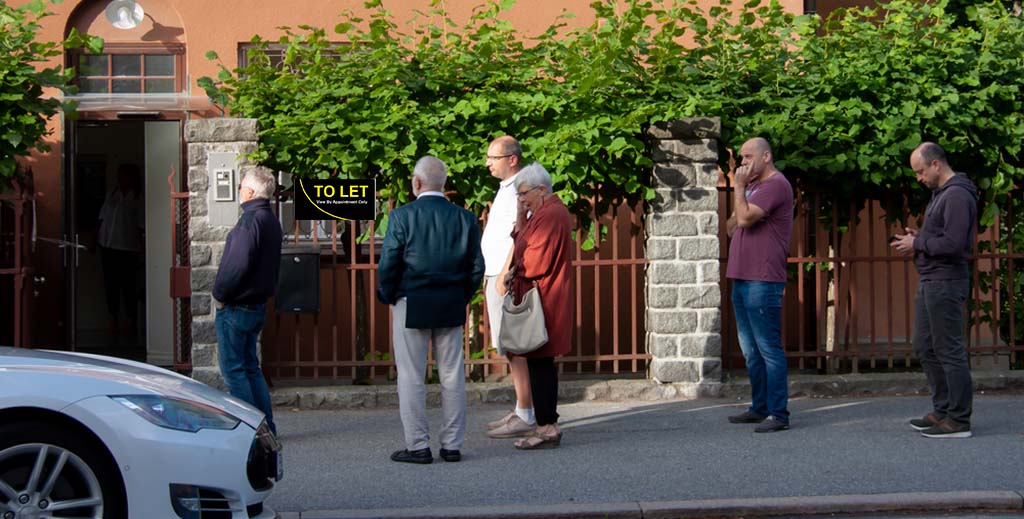 The UK economy might be on the verge of tanking, but London and the South’s private rental sector is on fire, latest figures show.

Landlords with properties being marketed for rent in suburban London have reported a big surge in demand over the past three months, a survey has reported.

Lender Paragon says a survey of landlords in outer London it underook revealed that 85% said tenant demand had stiffened, up from 79% during the previous three months.

The survey also suggests that London’s rental market is recovering in the more affordable outer suburbs, and has caught up its Home Counties counterparts where 90% of landlords told Paragon they had seen ‘strong’ demand among tenants.
The research, carried out among some 700 landlords by BVA BDRC, also reveals that the incidence of voids has fallen dramatically since the same period a year ago.

In Q2 2021, 35% of Outer London landlords said that they had experienced an empty property within the last three months, the second highest region behind the North East.

A year on, Q2 2022 has seen this figure fall to 21%, with only landlords in the West Midlands less likely to have reported a void.

Richard Rowntree, Paragon’s mortgage MD, says: “We know that the private rental market in London was hit particularly hard by the Covid pandemic but has rebounded strongly since and these latest figures provide further evidence of this.

“As one of the world’s greatest cities, London is extremely dynamic, constantly evolving as a diverse mix of people come and go, calling it home as they study, work, travel or raise families.

“This is why it is important for the capital to have a thriving PRS, enabling people to benefit from the flexibility that rented homes provide.”