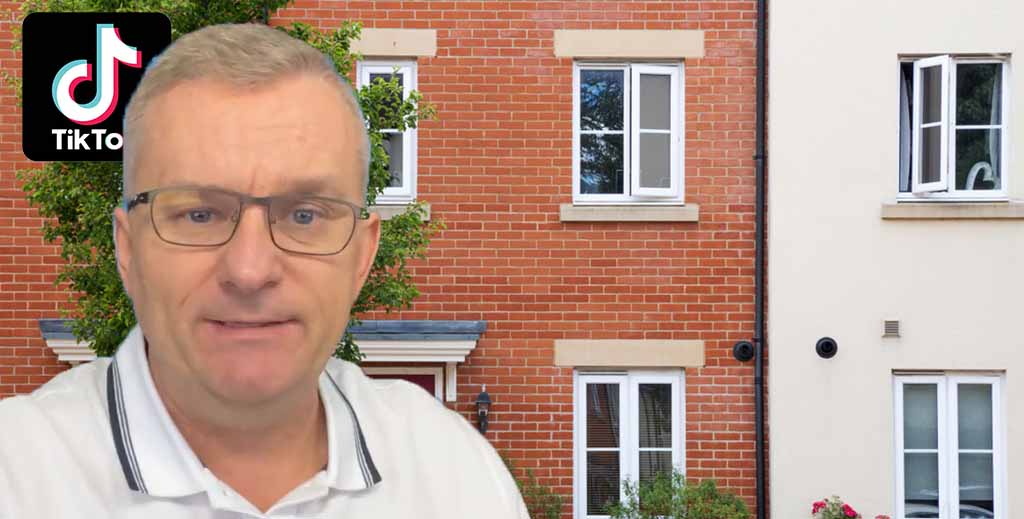 A portfolio landlord and property educator has vowed to keep posting on social media despite receiving hundreds of spiteful troll messages every day.

Rick Gannon, who has a £7 million portfolio with 140 tenants mainly around Worcester and also runs a training company which teaches students how to run an HMO portfolio, has nearly 6,000 subscribers on YouTube and more than 125,000 followers on TikTok, where he acts as an advisor and advocate for tenants’ rights.

Gannon wakes up to about 200 troll messages on every platform and can even get 800 on one post if it goes viral.

“The more you put yourself out there, the more susceptible you are to people not agreeing with you,” he tells LandlordZONE.

“I used to try and defend my position but you can never win. Engaging with these trolls in an online debate can also affect your mental health.”

About 99% of his posts are educational and free but even when simply walking through a legal house inspection Gannon will get thousands of people telling him to leave tenants alone.

“I’m out there to help tenants with enquiries,” he explains. “If I carry on, I hope that landlords will get more respect. Plus, the more comments I get on a post, the more it will go viral, so in effect these trolls are helping me reach more people.”

Some who respond to his video posts are evidently frustrated about the challenge of becoming a homeowner, but Gannon believes it’s not landlords who should shoulder the blame, but instead points the finger at a lack of new houses.

“The issue of supply and demand is pushing prices up while wages are not growing in line. Most landlords just have an extra buy-to-let rather than hundreds of houses – it’s an unfair brush to tar them with,” he says.

New findings from Octane Capital backs this up, as although £36.9bn was lent to buy-to-let investors in 2021, this was surpassed by first-time buyer loans, at £74.3bn.