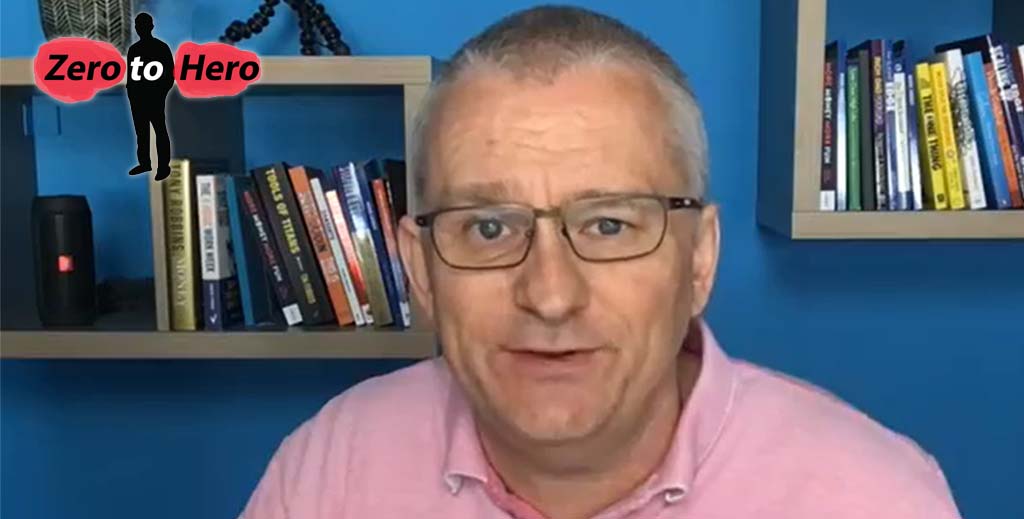 Rick Gannon became an accidental landlord when his first property was in negative equity and decided to rent it out.

Fast-forward a few years and he and wife Lorraine had made a substantial amount on the sale so decided to use the proceeds to buy other properties to rent – with a few ‘flips’ and renovations on the side.

After working in the police force for a few years, one night he got home from a night-shift when his son Ben, who was born with quadriplegic cerebral palsy, was nine.

“He asked me why he couldn’t play football with his friends at school,” Rick tells LandlordZONE. “I realised I was always at work and wasn’t around to help him, so decided to take a career break.”

Rick started a disabled football club for Ben and other youngsters, fundraising to pay for their specially adapted wheelchairs. “It changed their lives and Ben could say that he could play football too.”

Twelve months later, Rick had matched his former income by focusing particularly on HMOs and decided to go into property full-time.

“The only experience I’d had of HMOs was arresting prostitutes and drug dealers in them,” he laughs. “I decided to go for professional tenants instead.”

Nine years later and the couple have a £7 million portfolio with 140 tenants. Although he still buys property, Rick says he has no big acquisition plans and is concentrating on creating wealth for his children. He may be less hands-on these days, with 10 staff to run his portfolio, but Rick has kept busy, becoming a published author, tech start-up and training company founder.

“When we got to 50 tenants, I started to look for systems to onboard tenants and do property management – then decided to go into business with developers in Bulgaria and set up my own management platform for landlords, gotenant.co.uk.”

Rick has penned three books including House Arrest, a semi-autobiography and 45 Ways to Buy Property. He also runs a training company which teaches students how to run an HMO portfolio.

With 16 HMOs – “five-star, all with Netflix” as well as 27 single lets, a pub, serviced holiday let and 14 garages, mainly around Worcester – Rick believes that it’s his positive relationship with tenants that’s resulted in very low churn across his portfolio.

“I’ve always wanted to help people, creating opportunities for those who can’t get on the housing market – they can save up while they’re in our properties,” adds Rick.

“If landlords do it well with the right motivation, helping people rather than trying to squeeze everything out of them, the private rental sector has a very strong future.”

LATEST: Arguments over social problems linked to HMOs hot up in Hartlepool