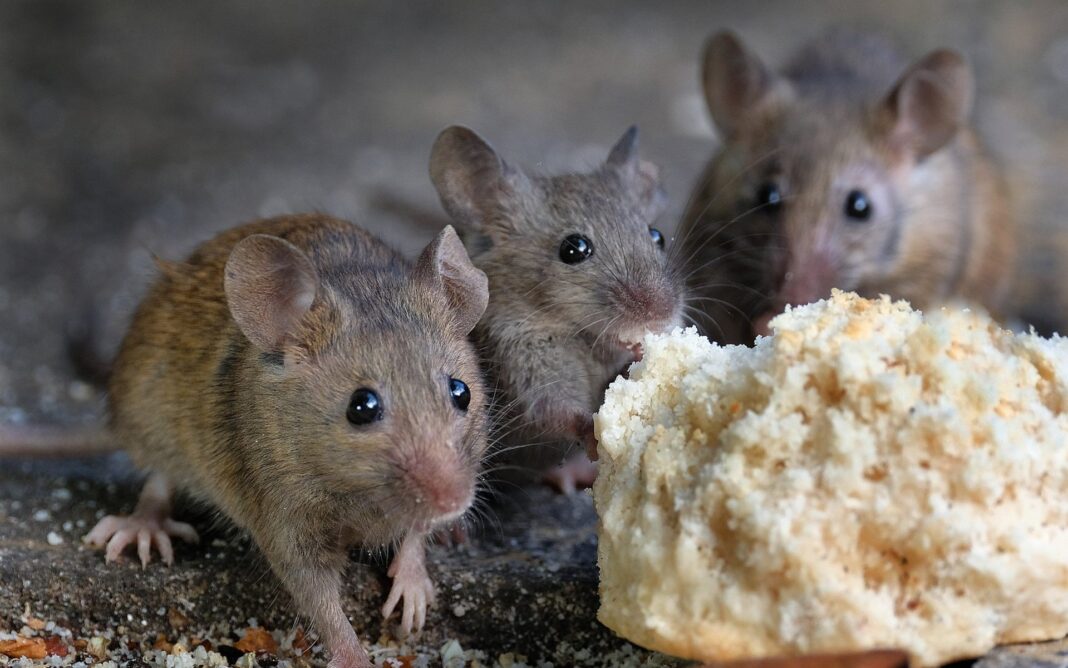 Rats are proliferating in lock-down and domestic sightings of these sewer dwellers, along with mice, are on the rise, particularly in densely populated towns and cities. The population of rats in the UK has increased by 30 million in a year to 150 million – boosted by quiet urban areas and plentiful carelessly disposed of, waste food – there are now thought to be 2.2 rats for every person.

“They say you are only ever 6ft away from a rat – and in 2020 lock-down it’s now more likely than ever this year!”, so says Jenny Rathbone from UK Pest Control company www.Pest.co.uk

Although house mice are less repulsive, sometimes even considered to be cute by some people, especially field mice, they are a still, like rats, a public health pest and can cause serious harm. They can spread nasty diseases, such as Salmonella and Listeria through their urine, droppings and bedding.

Mice can gain access through the tiniest of holes from around 6mm. They will mark their territory with their urine and build nests near food sources. This puts people at risk of food poisoning. As they move around, they carry dirt and bacteria, transferring these to carpets, worktops, cabinets etc. Given enough time they will become nibbling nuisances, causing a lot of expensive property damage: electricity cables, water and even gas pipes are not beyond their gnawing and kibbling powers.

Pest infestations of these rodents are a nightmare for landlords and tenants alike. Often tenants see them as the landlord’s responsibility, even though in most cases they are not. For tenants, hearing the rodents scurrying and scampering around behind skirtings, in the crawlspace or the attic, when all’s quiet, and lying in be at night, is unsettling to say the least.

According to advice from the British Pest Control Association (BPCA) there has been a “perfect storm” for vermin infestations during lock-down. They have reported a 51 per cent increase in rodent activity during the first lock-down and a notable increase again during the second lock-down, with 78 per cent of pest controllers reporting increased rat and mouse sightings.

Winter the worst time for infestations

Winter is always the worst time for rodent infestations, with both these species seeking the warm and food supply of a human residence, and usually one that has easy means of access, i.e., holes in walls, vents, drains, poorly fitting doors and windows.

“The general consensus is that lock-down has allowed rodents to take hold,”. Even daytime sightings of rats have increased because their living environment is being disturbed more when families are home, they are desperate for food because bins aren’t being replenished as often in lock-down, and rat populations have expanded so much.

Rats will be attracted to neglected plots of land, empty houses and piles of rubbish, Tell tale signs of rats are gnaw marks, tiny footprints in dust, shredded material they use for bedding and of course the tell tale droppings. Rats, unlike mice, need a water supply daily, hence they always live near drains and running water, and they produce larger droppings than mice, both together producing between 40 and 80 droppings per day.

Concentrate on pints of entry. Seal up the tiniest holds with mortar, plaster or wire wool. Minimise under door gaps with draft strips and make sure wall cavity vents have small enough grills and are not broken. Place fine wire mesh over them if necessary.

Rats love drains and sewers so for serious infestations you may need to consider professionally fitted one-way gates in the drains to prevent entry – they allow water to flow through but stop the rats coming back up.

Food should never be left lying around indoors, food sources and storage areas should be secure and clean, and disposals of food scraps should always be kept secure and away from rats and mice.

Consider calling in the experts if chemical controls and traps, which you can purchase from hardware suppliers, don’t work. Administered rat poison can risk killing the rodent in an inaccessible place, where a rotting corpse will not just attract other vermin, it could cause vile smells, so physical traps are preferable.

The problem we have right now says Jenny Rathbone, “is that rats are trying to bed down for winter, and this will happen (more) when we get a few cold snaps”, Pest.co.uk is advising landlords, tenants and property managers to take proactive measures before winter really hits and before they find a warm home for the winter months. Once ensconced inside they become harder to eradicate.