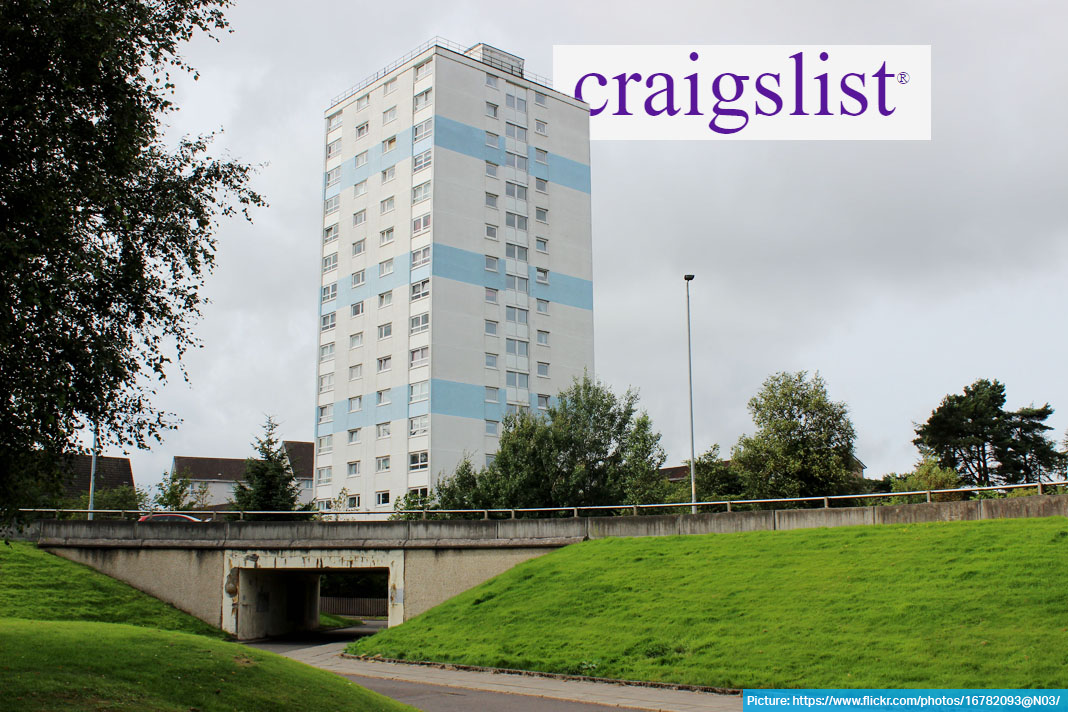 Undercover reporters from The Times have highlighted the numerous illegal requests for sex in lieu of rent on listings website Craigslist.

Landlords are continuing to advertise rooms in exchange for sex on classified website Craigslist by asking for “fun” or “favours”.

A Times investigation reveals that although the Californian company now uses filters to block ‘sex for rent’ adverts, landlords are instead using simple euphemisms to bypass checks.

In the past few weeks the newspaper found six new adverts on the site offering rent-free accommodation in exchange for “fun” and “favours” or as part of “arrangements”. When contacted by an undercover reporter, the advertisers demanded sex as payment for housing.

One Craigslist user in East Kilbride wrote: “I am looking for a house boy, free accommodation sharing my one-bed flat . . . all bills included in exchange for some fun.”

Another advert offered accommodation for women aged between 21 and 45 with the words: “We can come to arrangement that will allow you to stay rent-free.”

These adverts are illegal In England under the Sexual Offences Act 2003, however, the Crown Office says Scottish cases depended on the individual circumstances of each advert.

Shelter Scotland has previously revealed that 220,000 women across the UK had been asked to sleep with their landlords instead of paying rent.

Gordon MacRae, assistant director for Shelter Scotland, says: “These adverts should be stopped. That is likely to take time so the tech companies must do more to stop people getting around their existing protections.”

In 2018, a UK-wide investigation by The Times found that almost half of the adverts for spare rooms on Craigslist demanded sex in place of rent. Craigslist did not respond to a request for a comment when approached by the newspaper. Citizens’ Advice has warned anyone considering renting a room ‘in exchange for services’ from a landlord that they could be left without protection from eviction (see LandlordZONE, 21st February).