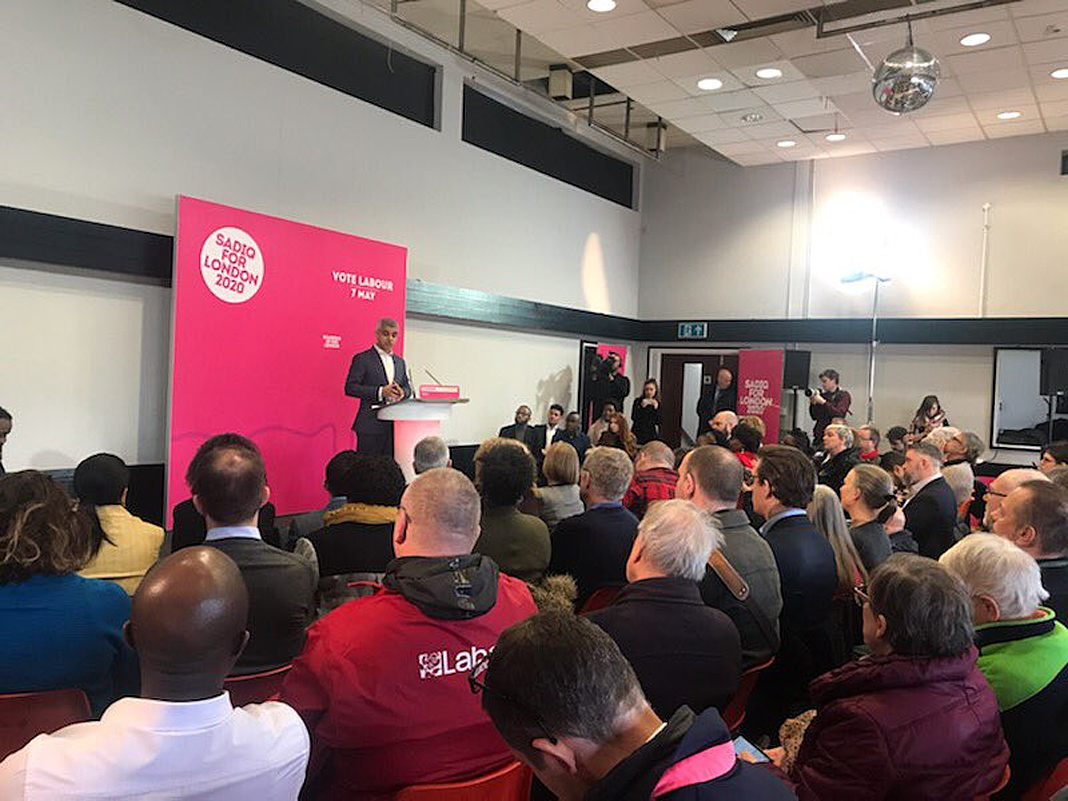 Speaking today at his campaign launch ahead of the election on May 7th, Khan said a victory would give him an ‘irresistible’ mandate to introduce rent controls.

Mayor of London Sadiq Khan has launched his bid for re-election as Mayor of London and put housing, and in particular rent controls, at the heart of his campaign.

The launch event took place at a council estate in Hackney today and during it Khan said victory would give him an “undeniable and irresistible mandate for the introduction of rent controls in our city”.

Khan wants to set up a private rental commission to implement and oversee rent controls and to establish a register of landlords to name and shame rogue operators.

But his campaigning is more hope than ambition; the Mayor of London’s office has few if any powers to influence the rented sector never mind to introduce a significant policy such as a rent cap, which is his preferred way to control rents

Even if Khan were to be re-elected, a Johnson government, which is violently opposed to rent controls and won’t itself face re-election until 2024, is unlikely to devolve private rental regulatory powers from the Ministry of Housing to Khan in London.

The Mayor recognised this at his launch, saying: “Tory Ministers have blocked us from introducing our plans for rent controls in London – and have simply said no”.

“Rent controls might appear attractive to those already renting but they would be a disaster for anyone looking for somewhere to rent,” says John Stewart, Policy Manager at the Residential Landlords Association.

“All they would achieve, as history and experience elsewhere tells us, is to drive landlords out of the market exacerbating an already serious shortage of homes available.

“Instead of putting out simplistic and superficially appealing proposals in attempt to win votes, the Mayor should focus on boosting the supply of available housing using the powers he already has.”

Mary-Anne Bowring, MD at the Ringley Group, says: “The war on landlords by all sides needs to stop as the biggest casualties will be renters being

forced to pay more in rent as buy-to-let investors sell up after facing the threat of reduced returns after already have to grapple with harsher regulation, extra stamp duty and reduced mortgage relief.

“Build-to-rent will bring much-needed supply but still only makes up a fraction of the market and any form of rent control will discourage further investment into the sector, reducing the supply of potential new rental homes.

“In London there is huge unmet demand for rental properties and any policies that restrict new supply like rent controls will only force rents to rise and lead to the creation of a rental black market.”