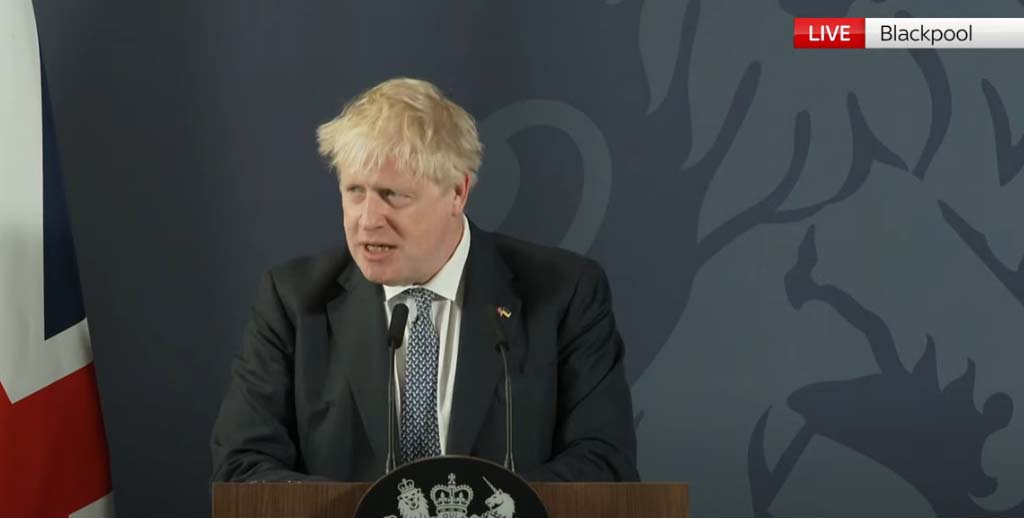 Boris Johnson’s pledge to reform the housing market will see the government launching a dusted-off version of David Cameron’s right to buy scheme for social housing in order to turn the tables on private landlords, his housing secretary Michael Gove has suggested.

During a speech in Lancashire today, the Prime Minister revealed a plan to extend the right to buy scheme to those who rent from housing associations, while letting people use their housing benefit to pay towards a mortgage.

This is all aimed at unlocking home ownership for renters and slashing the housing benefit bill, although Ministers have admitted it will be very limited due to budget constraints even if it is ‘offered’ to around 2.5m housing association tenants, helping only a few thousand families each year by offering housing association properties for sale at a 70% discount.

The idea is not new; it was first suggested by David Cameron in 2015 and appeared in the Conservatives’ 2019 manifesto.

And DLUHC secretary of Michael Gove (pictured) told LBC: “There are people receiving housing benefit at the moment who are in work and that benefit is going into the pockets of buy-to-let landlords rather than helping people to pay off a mortgage and acquire a home which they can pass on to their children. We want to change that.”

He also told the Today programme that a pilot in the West Midlands showed there was a willingness to take the idea up and that housing association houses would be replaced like-for-like.

In his speech, Johnson also confirmed his “ambition to unlock the opportunity of home ownership for more people through helping those in a position to buy, to access the mortgage finance they need, ensuring people are incentivised to save for a deposit no matter their financial situation, and improving the supply of housing across the country”.

However, Labour’s housing spokesman Lisa Nandy argued, also on the Today programme, that in a 2018 pilot, only half of the social landlords were planning to replace homes, and those they replaced them with were more expensive and lower quality than the ones sold.

She added: “Landlords are milking the system, coming into areas using exemptions in housing benefit legislation to buy up properties to house people who need support…areas are going to wrack and ruin.”

The Prime Minister also announced that his government will also launch an independent review of access to mortgage finance for first-time buyers, with the aim of making it easier for this group by widening access to low-cost, low-deposit finance such as 95% mortgages.

Some property and finance experts have labelled the plan as PR spin to detract from the Prime Minister’s damaging no-confidence vote.

He adds that there are already questions about lending practices, with income multiples and deposit requirements from mortgage lenders seemingly at odds with benefits policies that cap pay-outs and progressively remove benefits the more you have saved up in the bank.

But the relaunched scheme will not include private rented homes, as some had featured. In 2019 Johnson suggested this would be a future policy direction, but was later abandoned.