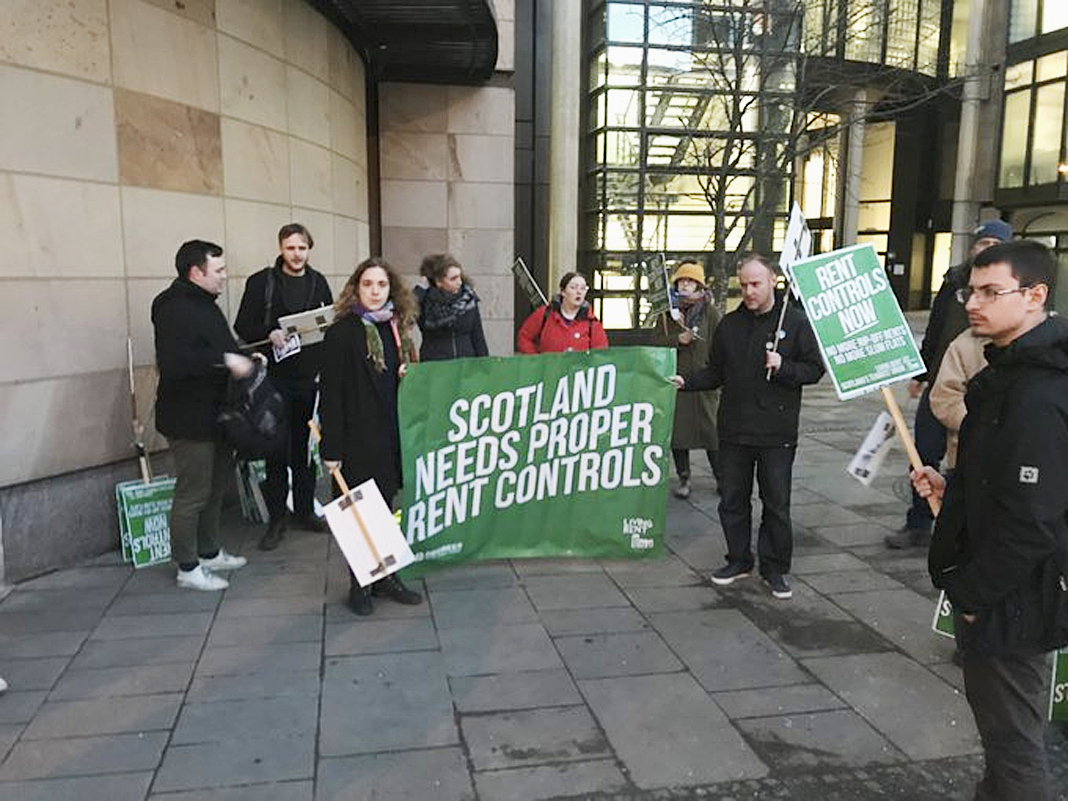 Organiser tells LandlordZONE that it sympathises with protestors but says its courses promote professionalism and the provision of quality properties.

Scottish protestors have picketed and shut down a property investment seminar run by TV star Martin Roberts in Scotland.

The country’s tenants’ union Living Rent surrounded the entrance to the Making Money from Property event at Edinburgh’s Hilton Hotel, which aimed to show attendees how to maximise profits, calling for rent controls.

One of a series of events organised by Martin Roberts from BBC’s Homes Under the Hammer, it was called off after 50 protestors gathered outside and challenged organisers.

A spokeswoman for Asset Academy, which runs the events, told LandlordZONE: “We appreciate that high rents in city centres are causing issues, and have sympathy with the concerns of tenants in these places and any groups representing them.

“However, the property training courses that Martin Roberts has co-developed with Asset Academy are designed to show people how to do things correctly. We teach how to be a proper, professional landlord, who abides by regulations and offers quality properties in the much-needed private rental sector.”

Although Roberts himself wasn’t at the Edinburgh event, aspiring landlords were expecting tips about how to acquire finance, beat the competition, and calculate their maximum price – complete with training videos and e-books.

Despite the setback, the Martin Roberts roadshow continues its journey around the UK, hitting Luton and Taunton on Wednesday and Northampton and Exeter on Thursday, with more locations planned throughout March. The free two-hour sessions are a taster of the presenter’s three-day property training workshops which will set you back £997.

Living Rent says these seminars underline the need for the Scottish Government to introduce rent controls, so that tenants aren’t forced into poverty by high rents. Living Rent member Claire Thomson says: “The fortunes these people promise don’t come out of nowhere, they come from tenants who are already desperately struggling to make ends meet. It has to stop.”

One of the protest organisers, Gordon Maloney, adds: “This action showed that tenants aren’t going to just sit back and allow rents to continue going through the roof if the Government doesn’t act.”

The group says the costs of renting in Scotland’s capital continues to rise at eye-watering levels, and that between 2010 and 2019, the Lothians saw the average price rent for a two-bedroom property rise from £665 a month to £972, a 46.3% increase.