Home News “Professionalism” may be the buzz word in buy-to-let, but the so-call “amateur”... 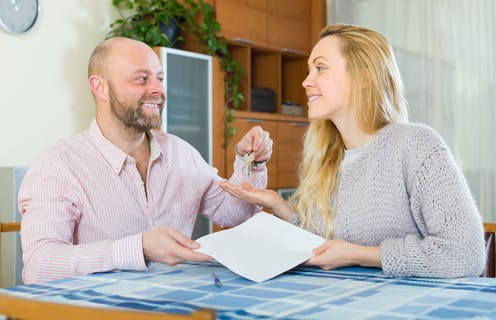 But there’s been much talk about “professionalisation” recently, whether that’s through institutional investment or just large-scale landlords with sizeable portfolios of properties.

The threat of “Tesco-isation”, a repeat of what happened to the corner shop being taken over by the big four supermarkets, has not materialised. The private rented sector (PRS) is still dominated by the small-scale landlord, by far the majority in this industry owning less than three rental units.

Yes, times have been tough, and some landlords have been selling up, but that has not stopped others new to the industry, even in these difficult days, entering the fray, with high hopes of decent returns. When compared to other asset classes property is still streets ahead (pardon the pun) in terms of income yields and capital appreciation, and most landlord investors feel more comfortable owning a tangible asset they can understand.

It is perhaps understandable that government, be it local or national, see professionalisation as a way to drive out the bad landlords. They would like to see the minority of rogues in the industry, and they are a small minority, wiped out by hook or by crook, whether by increasingly complex legislation or by encouraging large-scale institutional investment, a sort of “professionalisation” of the industry.

The problem is, this strategy doesn’t seem to work as planned: the increasingly complex rules and regulations, and some swinging tax penalties, just make the majority, the responsible buy-to-let landlords, work harder and have to pay out more to comply, whilst the rogues, by and large, get away with it by operating outside the law and below the radar.

“From my perspective, the notion of being an ‘amateur landlord’ is something of a misnomer anyway. Pretty much every landlord I know that has one/two/three properties to their name, understands exactly what they doing, why they are doing it, what is required of them, and what they want to get out of the property in the long-term.

“They are also just as likely to use a lettings agent or to be on top of the management of their property, even if it is not their full-time job.

“Indeed, without the army of so-called ‘amateur landlords’ active, the UK’s private rental sector space would look very different. These landlords have stuck around, they are vital, and there is some data to suggest that their number is growing.”

The amateur v professional argument came about largely from the enaction of mortgage regulations which introduced the concept of a small-scale landlord owning less that four mortgaged properties (not including their own home), and the portfolio landlord who owns four or more.

Does this arbitrary definition reflect the true make-up of the buy-to-let landlord community? I don’t think so and neither does George Gee. Whether you own one, two, three or four or more properties, the landlord mortgage definition says nothing about how professional you are, what your knowledge of the rules is, and how well you apply them, or how well you treat your tenants.

Statistics provided by UK Finance, according to George Gee, covering the year to July, are showing that of mortgaged purchases completed during that time, with buyers putting down significant sums of money in making these purchases, 61% were by non-portfolio (that is “amateur”) landlords, while their (amateur landlords) figure for remortgages was 65%.

Gee is actually reporting an increase in individual landlords’ mortgage purchases,. This he mainly puts down to the stamp duty holiday introduced by the government to boost the housing market. It represents a substantial saving which initially, unless it’s extended, will end on the 31st of March next year.

So, whether this group of purchasers is stepping into the buy-to-let market for the first time, or simply adding to an existing small portfolio, it clearly shows that the days of the so called “amateur” landlord are far from over.

In fact, says Gee, “…given the current circumstances, there may be far more interest from ‘amateurs’ now than over that (statistics quoted) period. Perhaps they have secured a sizeable redundancy pay-out and want to invest or they are seeing the stamp duty savings available, the demand for property, and the rising rents.”