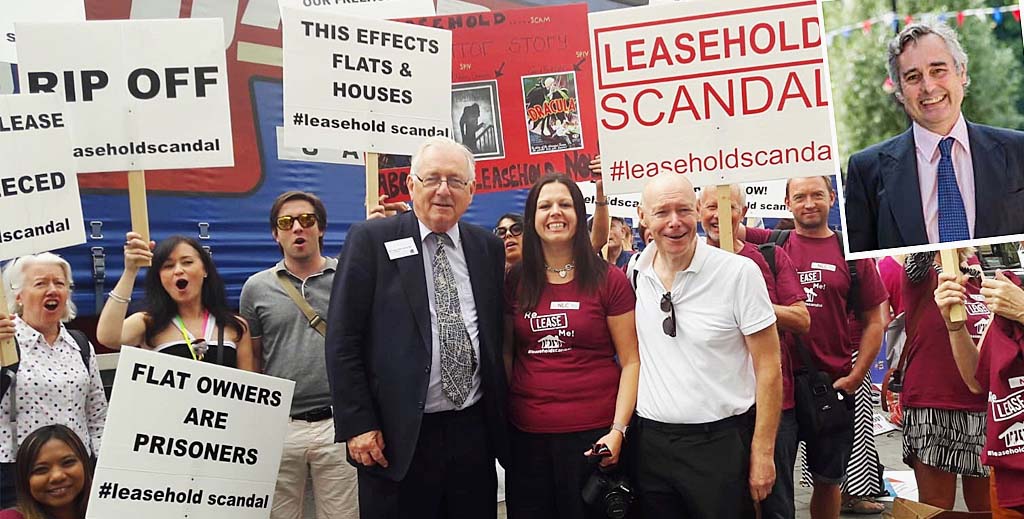 Colleagues of Martin Boyd (picture above, inset), who’s resigned as chair of the Leasehold Knowledge Partnership (LKP) after clashing with the Leasehold Advisory Service, have urged MPs to support him.

They say Boyd, who has been with the campaigning group for 12 years, felt compelled to step down after failing to get the backing of the Ministry of Housing, Communities and Local Government when the chair of the Leasehold Advisory Service, Wanda Goldwag, reportedly attacked him for tweeting criticisms of the Government quango.

The incident happened in 2019 at a meeting hosted by MP Sir Peter Bottomley (pictured above, left) and resulted in Boyd being accused of bullying LEASE staff – a claim he denies – and banned from its offices.

Along with campaigners including LKP patron Bottomley, Boyd has been instrumental in pushing for leasehold reform.

There’s now been an outpouring of support for the campaigner on social media, with Justin Madders MP, Labour MP for Ellesmere Port and Neston, tweeting: “You and LKP have done an amazing job in exposing the unfairness of leasehold and it’s now high on the political agenda at last, but we still have a long way to go and we need you with us in that fight.”

LKP colleague Sebastian O’Kelly (pictured above, right), who is a former Daily Mail journalist, is calling on more MPs to take up the issue.

He says: “Why should leaseholders be deprived of the services – freely given over many years – of Martin Boyd because of a series of ill-disciplined and wrong accusations by someone on the public payroll?

“If he is wrongly accused of bulling LEASE staff, they need to support him. Cladding leaseholders in particular owe Martin Boyd a debt of gratitude: it was solely thanks to him that their issues were first raised in Westminster.”