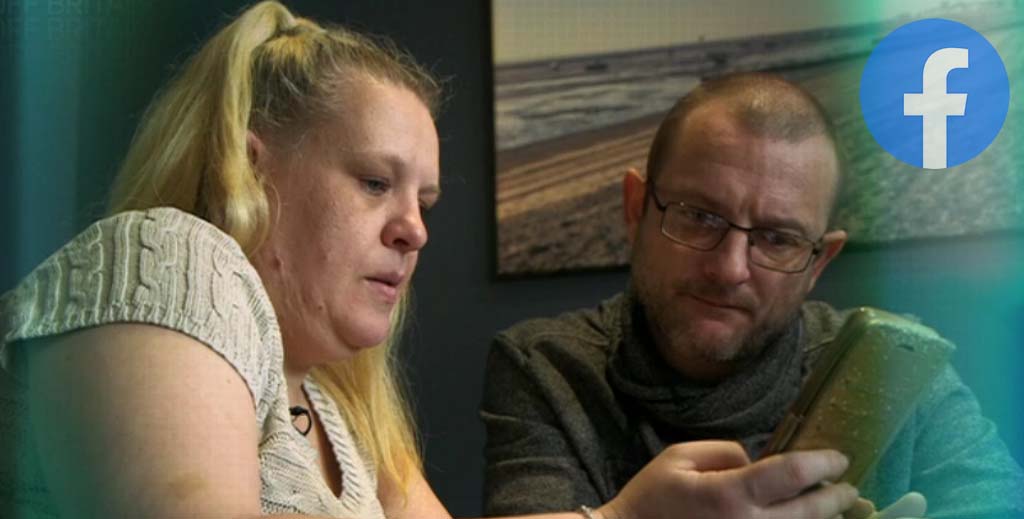 Facebook Marketplace has come under fire once more for helping facilitate rental scams, this time during a BBC One Rip-Off Britain investigation aired this morning.

The programme highlighted two examples of rental scams, both of which initially left the prospective tenants out of pocket by thousands of pounds and homeless.

In both cases scammers had copied adverts from platforms where landlords and agents must verify their identity to post adverts – in these examples Airbnb and Rightmove – and used the copy and pictures to create scam ads on Facebook Marketplace.

Facebook is not alone in facilitating this kind of classified advertising scam, which is claimed to cost tenants £7.5 million a year, according to Action Fraud.

The programme highlighted Parents Clare Ruler and Darren Sinton (main picture) who rented a flat after spotting it on Facebook Marketplace and, despite trying to check the landlord’s identity, losing their £1,800 deposit and first two months’ rent when the scam was uncovered.

Hunniford (pictured) also revealed another case of three students who were scammed via a Facebook ad via a more sophisticated operation – the trio were scammed out of more than £3,000 after the fraudster used a freelancer to conduct the viewing and rented the property out via a short-lets platform in order to present as its owner.

Both scams also relied on the tenant’s lack of knowledge about how lettings work in the UK – the couple hadn’t lived in the UK for 15 years and the students were renting their first property.

“I think it is absolutely scandalous and heart-breaking that scammers are taking advantage of the housing shortage and getting away with it time and time again,” said Hunniford.

Watch the programme in full.