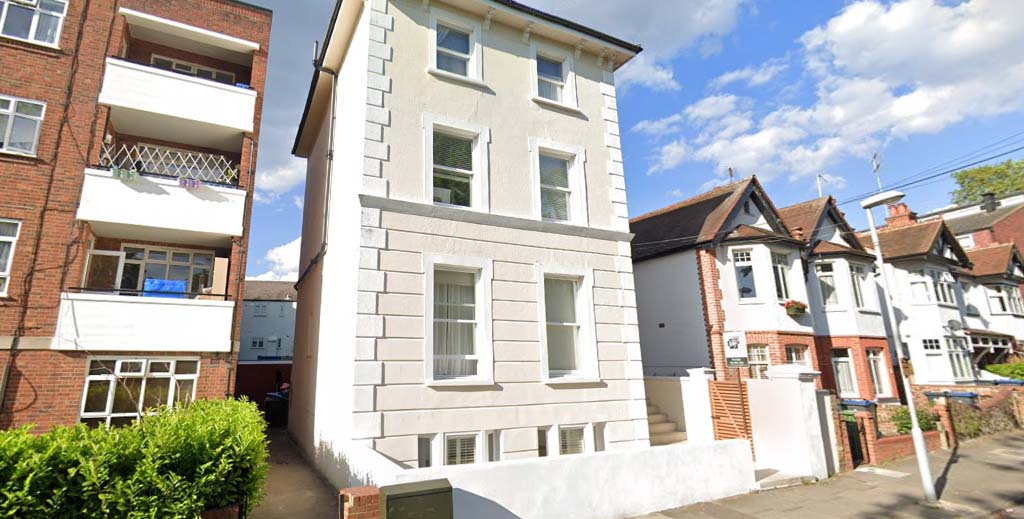 A property tribunal judge has struck out a huge rent repayment order claim after hearing how a landlord’s reasonable attempts to engage with a difficult tenant led to accusations of harassment.

The case, which was heard via a video link by Judge Korn, highlights how helpless landlords can be when rogue tenants appear to play the system over rent arrears, in this case during the early months of the pandemic.

The sums involved are significant. Tenant Mrs F Farzad who rented a smart flat in Surbiton (pictured) off landlords Ms D Zhan and Mr H Yang had asked to be repaid £14,287 in rent after alleging harassment.

But the tribunal heard how Ms Zhan had tried to plan a Gas Safety inspection and, after trying to organise an appointment and sending multiple emails warning of the impending visit, had eventually turned up with two engineers to complete the work and let herself into the property.

Ms Zhan also gave evidence of emails sent chasing rent arrears, and how she also turned up with police officers after being refused entry to check on a potentially dangerous water leak within the property.

Zhan also asked for identity documents, as she is required to do under Right to Rent legislation, and at one point tried to shake the hand of a family member in a friendly manner, which the tenant claimed was intimidating during a pandemic.

The tenant claimed all these actions constituted harassment, but Judge Korn dismissed the claims, underlining how the evidence was weak and that she had failed to attend the hearing or submit any documents in support of her case.

“Even making generous allowances for the fact that the applicant was not present at the hearing to argue her case orally, it is striking how little substance there is to her allegations,” the judge said.

“It is legitimate to want to discuss rent arrears and we do not accept that the correspondence from Ms Zhang was at all inappropriate either in tone or in substance.”

Sibling landlords to pay back £22,683 to tenant trio