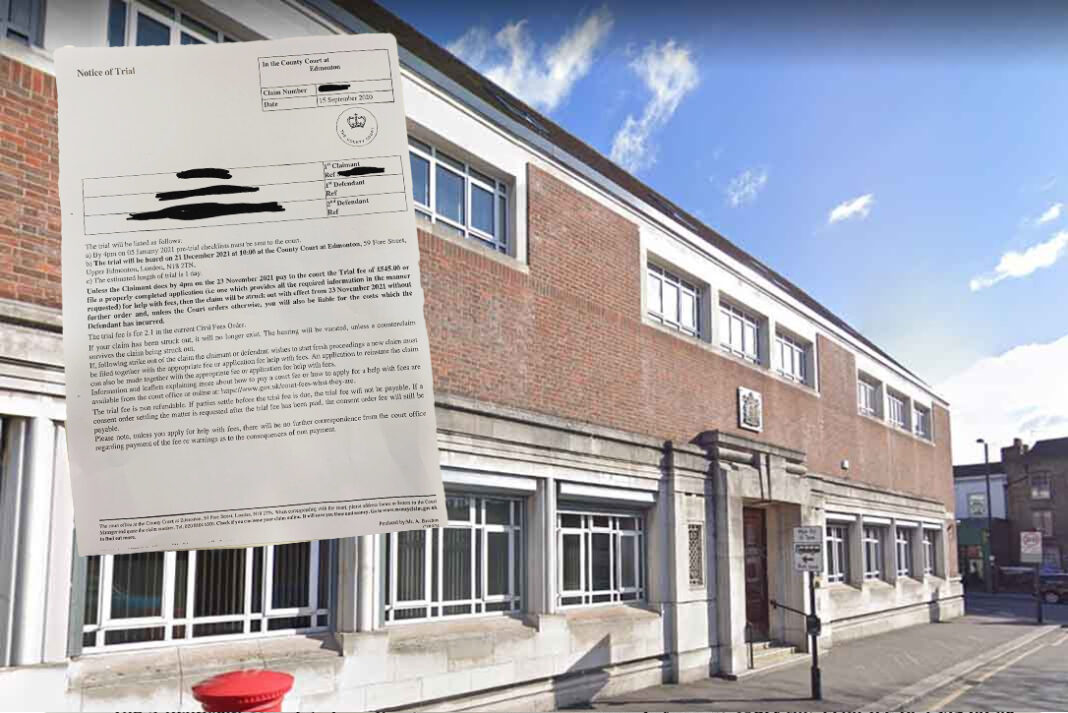 Evictions expert and TV star Paul Shamplina says landlords must wake up to the reality of the clogged courts system as possessions and other housing cases re-start following the end of the stay on court hearings.

Shamplina has published an anonymised letter on LinkedIn from a court notifying one of his clients of their trial date, after they decided to pursue the guarantor of their tenant for rent arrears debt. The guarantor is defending the case.

The landlord in question already has possession of the property.
But Shamplina and his client were shocked to discover that the trial date set by Edmonton County Court in London is for 23rd October 2021 or in 15 months’ time.

“Finally, the courts have officially reopened after six months of suspension, but it’s clear that for so-called non-priority cases such as these, landlords are facing extremely long waits,” says Shamplina.

The Master of Rolls recently confirmed that the courts will be focusing on a narrow set of priorities when dealing with possession hearings including those involving anti-social behaviour, domestic violence and ‘extreme arrears’ of more than 12 months.

Samuel Lane, a solicitor at Irwin Mitchell says the extra work being asked of courts – including both ‘Covid grading’ hearing applications and setting a review date to give both sides time to complete mediation – appears to already be “creating further work for an already over-worked system,” he says.

Shamplina says: “We suspect there are approximately 55,000-60,000 possession cases in the court system now, although 30,000 of those involve social rather than private rented sector tenancies.

“Let’s wait and see how these court backlogs are dealt with, nevertheless I think these delays will unprecedented, but I hope for many landlords’ sake I’m wrong.”