Figures just released from the Ministry of Housing, Communities and Local Government (MHCLG) in their Dwelling Stock Estimates 2017, England, report, show the latest available view of the housing market in England.

The figures represent estimates of the number of dwellings in England in each local authority district based on the 2011 Census, after applying net changes to the housing stock.

Estimates for Scotland, Wales and Northern Ireland, Great Britain as a whole and the UK are also available in the live tables on the MHCLG website.

These latest available official figures show a fall in the number of private rented sector homes available for letting, which might suggest that some landlords have been deterred following when the recent restrictive tax changes taking effect.

An important question arises; have even more landlords decided to quit the sector since the period after these figures, over the last year?

The national estimates as at March 2017: 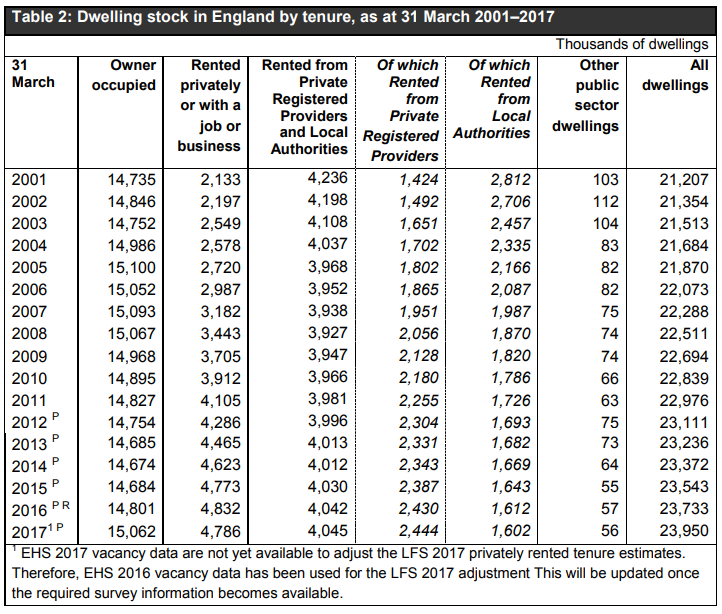 Private rented stock declined by around 46,000 homes after many years of increases. Could this be the result of the 3% stamp duty surcharge on second homes, and the four-year phased-in abolition of mortgage interest relief?