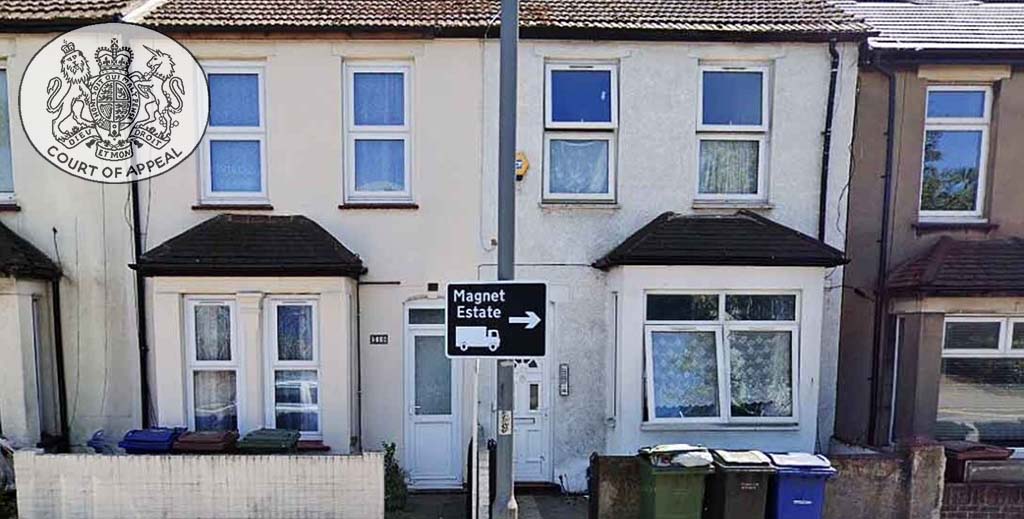 A landlord firm has lost its case against Thurrock Council after the Court of Appeal ruled that it could not use the excuse of believing it wouldn’t be granted an HMO licence.

Hersch Sternlicht, a director of North London firm Palmview Estates Ltd, and his company were fined £18,400 in November 2020 for failing to provide adequate living conditions for tenants at an HMO in London Road, Grays, following a long-running battle with the local authority.

Sternlicht was also issued a Civil Penalty Notice for breaches found under the HMO management regulations including inadequate fire safety measures, a water leak and a defective boiler.

Palmview then built a kitchen extension to comply with the notices, applied for an HMO licence in July 2019 and appealed the Final Notice in September.

It did not dispute that it had been managing or was in control of the property without an HMO licence but said it had a reasonable excuse for not having one because it had been told by a council employee that there was no point in applying for it while there was an ongoing planning dispute over the kitchen.

A First Tier Tribunal ruled in favour of the landlord, saying: “We consider that a landlord who did not apply for a licence because he was told or led to believe by the council that such an application was a waste of time would have a reasonable excuse for his failure to license.”

However, the council appealed and an Upper Tier Tribunal ruled in its favour, saying: “I am not persuaded that where a landlord fails to apply for a licence because it thinks it will be refused and for an incorrect reason, that amounts to a good reason not to apply.”

An Appeal Court judge has now dismissed Palmview’s case, saying: “A person might have a perfectly reasonable excuse for not applying for a licence which does not (everything else being equal) give that person a reasonable excuse to manage or control those premises as an HMO without that licence.”

Giles Peaker, a partner at Anthony Gold solicitors, tells LandlordZONE that the First Tier Tribunal seems to have got itself confused. He adds: “There may well be reasonable excuses for failing to apply for a licence, but not applying because you are sure the licence won’t be granted can’t be one of them. Not if you continue to run the HMO.”