Home News EXCLUSIVE interview: The side of Martin Roberts (and the show) you won’t... 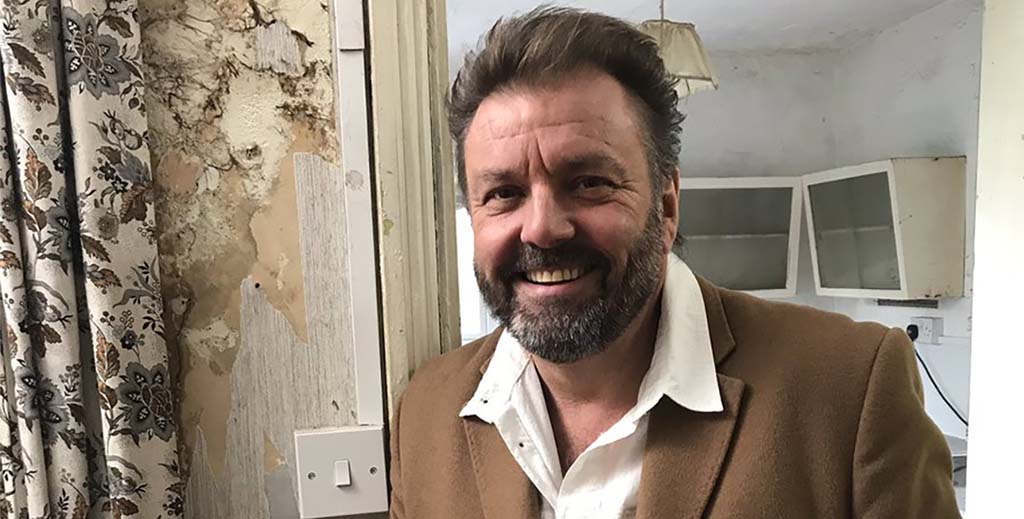 But few will realise that he also runs a property academy with his wife Kirsty and is backing the NRLA’s efforts to raise standards within the PRS.

This includes UK’s many property gurus, who he admits need sorting out. “Too many unscrupulous operators have come out of the woodwork during Covid to offer people the opportunity to become property millionaires overnight, which isn’t right,” he says.

“This is frustrating when you’re running a property academy like ours and trying to raise standards.

“For example, my partner Kirsty has a financial services regulation background within the insurance sector, so she’s part of our efforts to offer ‘best practice’ and why we’re keen to create CPD-accredited courses.”

Roberts also wants to help raise the profile of landlords via his NRLA work because he believes the majority of them are hard-working people who charge reasonable rents and run their properties well.

“Many of the people who feature on Homes Under The Hammer are using their hard-earned cash to turn derelict or run-down properties into decent homes,” he says.

“But at the same time the government is creating more and more regulations and trying to make investing in property unattractive.

It’s a real shame – because it will have a disproportionate effect on the smaller, family landlords who have one or two properties.

“They tend to be the more hands-on and supportive kind of landlord.”

One person who perhaps should have attended a property course is man who several years ago turned up to an auction his TV team were filming.

After getting drunk at the venue’s bar, he wandered into the auction room and bought a property by mistake by waving his hand around as a joke.

“He got lucky because another buyer who had turned up late to the auction really wanted the property and bought it off him on the spot for £20,000 more than he paid for it – but it wasn’t the ideal way to behave at an auction.”

But his TV show has faced more existential challenges during the pandemic.

Where once the show sent teams down to cover auctions and then ask buyers to take part in the programme, now the auctions are all on online so for GDPR reasons the production company has to get the auctioneer involved to contact the successful bidders.

“The upside is that we can now cover auctions large or small and in any location, so the geographic spread of properties and landlords featured will widen,” he says.

He has also widened his activities and, where once he was a figurehead for the Martins Roberts Property Education, he now has a more hands-on role including teaching its Advanced course.

“I am a true believer in training – you need a property understanding of how to invest in property, which you can’t learn from a book,” he says.

“I almost went into the teaching profession so I’m really enjoying that ability to impart knowledge during the courses.”

Roberts says that although he understands landlords’ frustration with the government’s assault on the sector with reduced tax relief, higher costs and more regulation, he still believes it’s worth investing in property.

“Buy the right property in the right area and be a good landlord who provides decent quality accommodation for a reasonable rent and you can still make a good living out of it,” he says.

INTERVIEW: The Instagram landlord couple with an unusual portfolio strategy