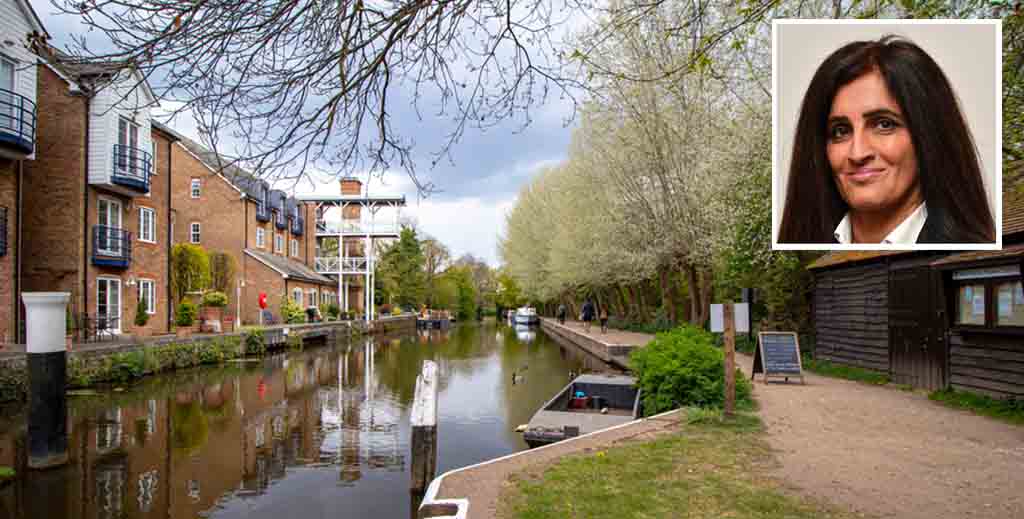 Landlord Manjit Kaur Gill, who’s being investigated for possible housing offences after being served with two improvement orders, has failed in her bid to win a seat on Elmbridge Borough Council.

The Conservative candidate was beaten into second place by the LibDems for the Weybridge Riverside ward, heading off worries that – if she had won – Gill would have been voting on housing and planning issues while being investigated by Hillingdon Council.

SurreyLive reports that the improvement notices served last August revealed one of her bedsits had no sink in the kitchen, no smoke detectors or heat detector.

It said occupiers had raised concerns about conditions with the owner, who had taken no action. An inspection revealed waste had been left to accumulate in the back garden, which the council said risked attracting pests.

Gill – who’s background is international business development and who has an MBE for her charity work – also failed to protect her tenant’s deposit and last month was ordered by Uxbridge County Court to pay him £750, as well as the court costs.

Gill says she has made police complaints against her tenant although the Met Police says there are no active investigations.

She was previously found to have built an outbuilding without asking for planning permission. When the building was discovered, she sought to obtain retrospective consent saying it was going to be used as a gym and playroom, which was refused. In 2010 it was found that the outbuilding had not been knocked down, but was instead being used as a residence.

The council discovered the house had been converted into flats, again without planning consent, and an enforcement notice was served, though permission for three bedsits was later granted.

Gill told SurreyLive: “An investigation is just that, an investigation. If this is the case I’m sure that my legal team will manage it for me. I have worked tremendously hard to build up an international organisation over the past seven years.”

A council spokesperson added: “As investigations are continuing regarding the improvement notices we cannot comment further at this time.”