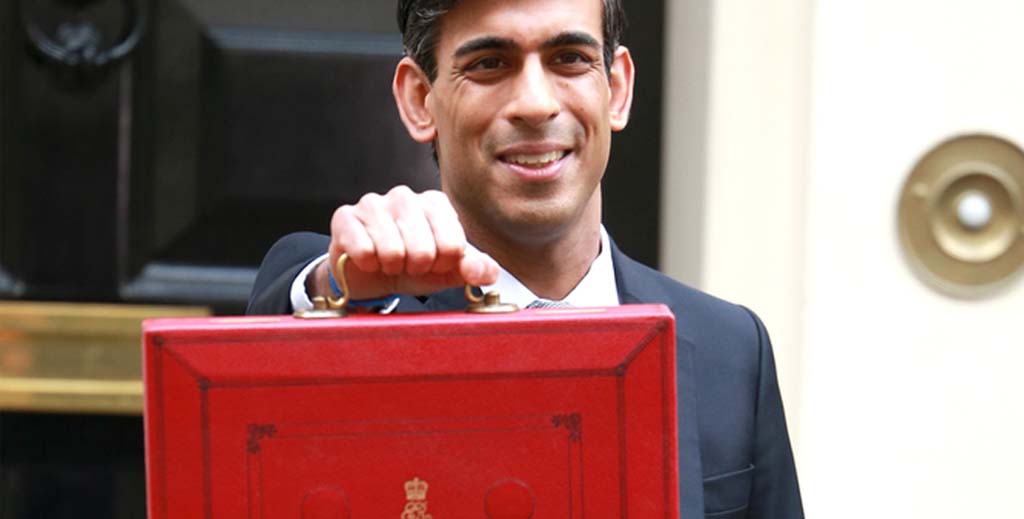 To ease the stampede to complete purchases before the current stamp duty holiday comes to an end, as expected, Rishi Sunak announced that the £500,000 nil rate band would now end on 30th June instead of the end of March.

To smooth the transition back to normal, the nil rate will be £250,000 until the end of September and will only return to the normal rate from October.

Corporation Tax will increase to 25% – higher than the expected 24% – although not until April 2023, while small businesses with profits of less than £50,000 will remain at the current rate of 19%.

Sunak didn’t change Capital Gains Tax (CGT) rates, as many had feared. Instead he promised to maintain the current level until April 2026; it will remain at £12,300 for individuals, personal representatives and some types of trusts and £6,150 for most trusts.

For those with commercial tenants, he announced a new restart grant for retailers due to open in April, who will then be eligible for grants of up to £6,000 per premises.

Those that have to wait longer to open, such as gyms and pubs, can get grants of up to £18,000. Eligible retail, hospitality and leisure businesses also won’t pay business rates for three months, with up to 66% relief for the rest of the year.

Sunak also extended the Universal Credit uplift of £20 a week for another six months,as well as extending the furlough scheme to the end of September. “We’re going long,” he said, “and extending our support well beyond the end of the roadmap.”

He adds: “For owners and leaseholders of vacant commercial property there has been little support and their rate liability is still payable and there is not expectation that this will change.”

Ben Beadle (pictured), chief executive of the National Residential Landlords Association, also wasn’t impressed at the lack of support for tenants and landlords in the budget.

He says: “He has failed to provide the sector with the financial support needed to pay off rent debts built as a consequence of the virus.

“Without help to get arrears cleared, many tenants face the prospect of losing their homes and having damaged credit scores, which will undermine the government’s efforts to help generation rent become generation buy.”

Timothy Douglas, Policy & Campaigns Manager for Propertymark (pictured), says: “Extending the increase to the Universal Credit Standard Allowance and the furlough scheme until September will help tenants plan ahead but much more is required to avoid a mounting crisis in the private rented sector.

“As the impact of Covid continues to bite and unemployment rates rise, we are increasingly concerned about how tenants will avoid future rent arrears and landlords will remain incentivised to stay in the rental market. There is a real need for the UK Government to ensure a wider package of measures to help tenants and landlords keep the rent flowing.”

Isobel Thomson, Safeagent Chief Executive (left), says: “It has been an incredibly tough 12 months for many in the private rented sector, and while it is positive to see additional support such as the extension of  furlough and the Universal Credit uplift, this Budget leaves a gaping hole in financial support for the PRS.

“We first raised the proposal of grants for landlords in August 2020 – in line with grants for other self-employed people. It is a real concern that this Budget failed to offer any support for private landlords who are crucial to providing homes in the PRS.

“Over the last year they have been asked to shoulder an unsustainable burden of risk without Government help and today’s announcement offered no change to this. The Government’s commitment to turn Generation Rent into Generation Buy is laudable in the longer term but what happens in the meantime?”.

Harry Downes, MD of BTR operator Fizzy Living, adds: “Today’s mortgage guarantee and stamp duty extension shows that the government is still focused on home buyers rather than making the rental experience better. Housebuilding has flourished since measures such as Help to Buy were introduced with buyers given increasing incentive and support.

Helen Barnard, Director of the Joseph Rowntree Foundation, says: “With billions going into propping up already high house prices through the Stamp Duty Holiday and the Mortgage Guarantee Scheme, it’s galling to see the government choose to ignore millions of renters who are already worried about mounting arrears. Many will be left struggling to keep a roof over their heads at the same time as financial support is pulled away.”